The course took place in 2019 and was organized by WOWHAUS architectural bureau and Moscow school of architecture MARCH. Students were asked to develop a strategy for the site improvement of Porechye Rybnoe, a small settlement in the Yaroslavl region. There are approximately 1700 inhabitants. It used to thrive under Duke Orlov's patronage and the Tsar's mercy. It was during those glorious times that the tallest belfry in Russia was built (even taller than the belfry in Moscow Kremlin).
Two significant church ensembles are preserved as well as numerous stone and wooden residential houses. In 2018 the ACSMNO Lobov Blacksmith care centre curated by the Vera Hospice Charity Fund began its work here. Since then volunteers started to arrive and new employees started to be hired. These new activities will increase the number of visitors in Porechye. Despite the poor conditions of the infrastructure and heritage the settlement has potential.
The first step included thorough research and the development of a long term strategy. It is based on the four crucial values of the site:
Notable architecture
Traditional farming
Lobov care centre
Landscape
Based on the strategy students developed architectural ideas for the main public spaces: the central square and Kirov street that leads to the care centre. 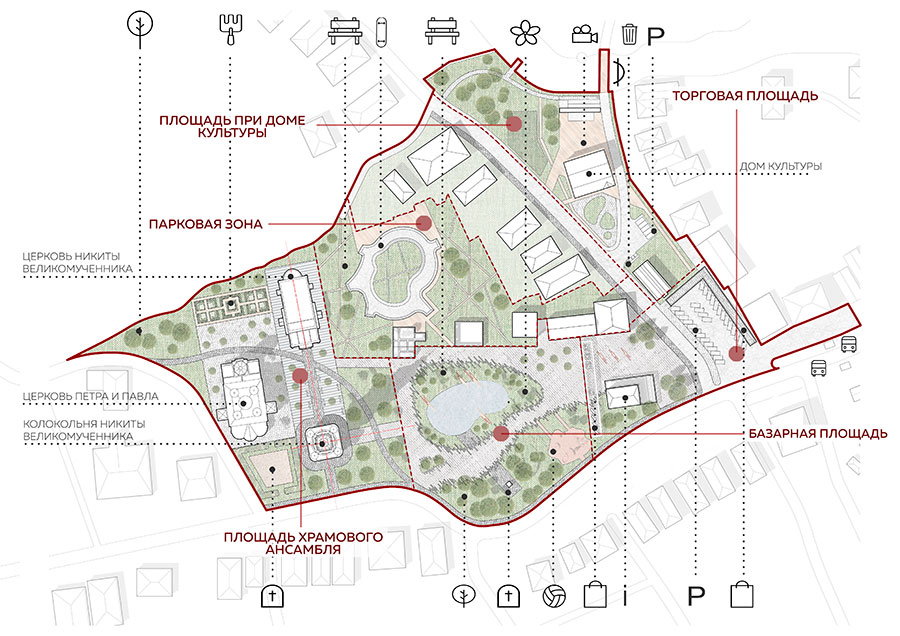 The central square will be renovated and brought back to its original planning scheme which is traditional to Russian cities and towns. Market pavilions are included in the existing plan in their historical location but will have a modern design. The Visitor's Centre is located nearby. 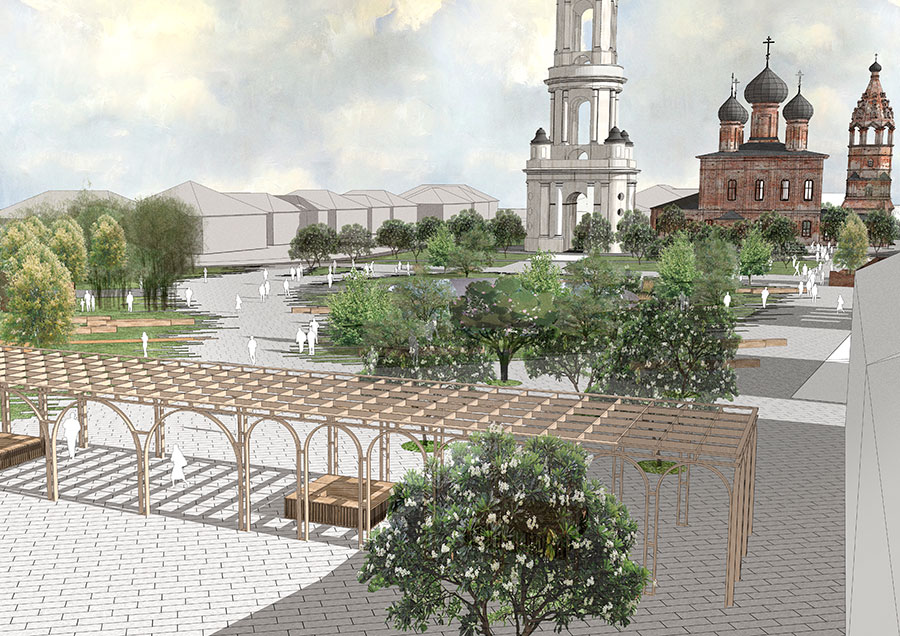 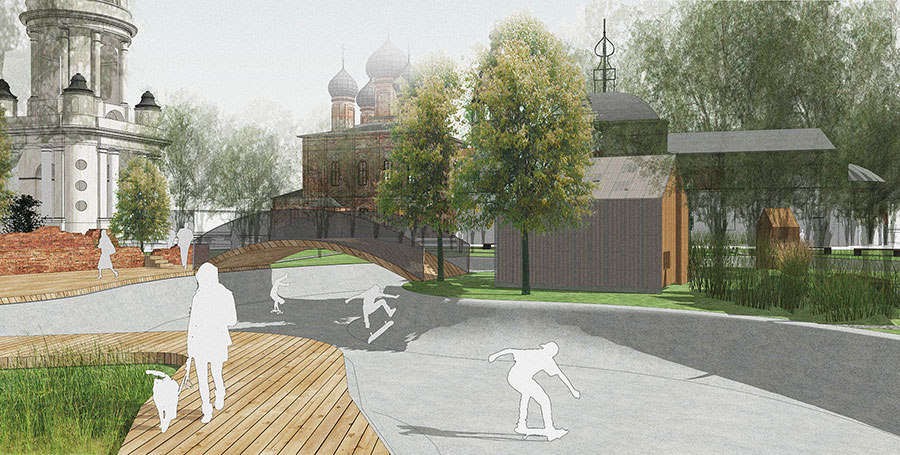 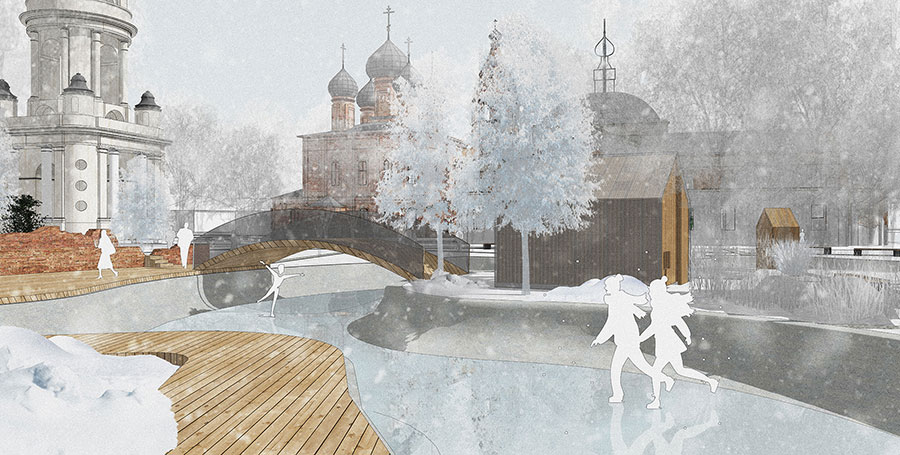 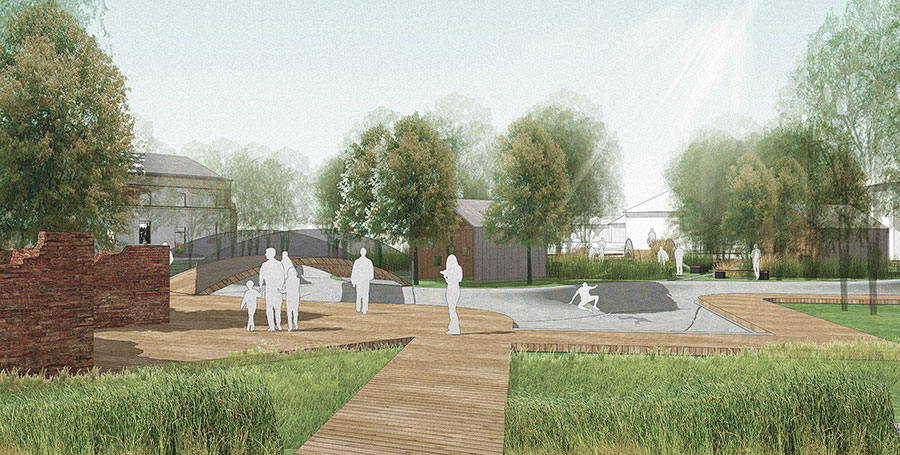 The Martyr Nikita church was used as the House of Culture during Soviet times and houses an intricate palimpsest made of frescoes. After the fire in the 60s, the building was abandoned and has since overgrown with trees. This kind of combination of different heritage is typical and unique in Russia therefore everything has to be preserved and emphasised. The Porechye museum can use this space for expansion 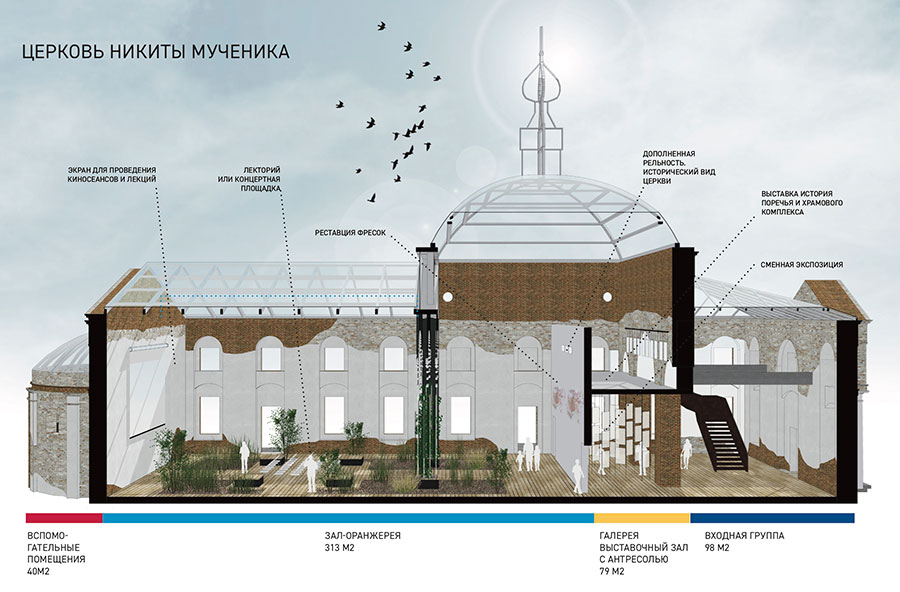 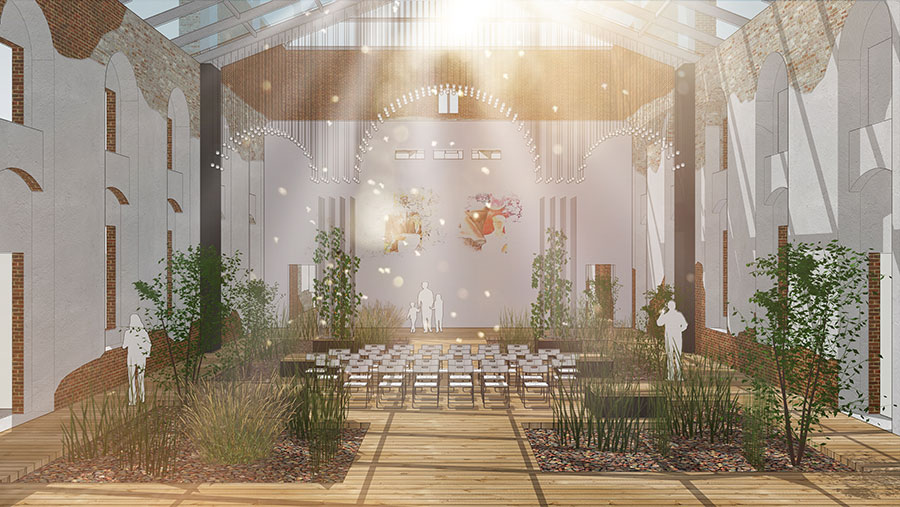 The space behind can be improved by very simple solutions such as incorporating an amphitheatre and an open air stage. 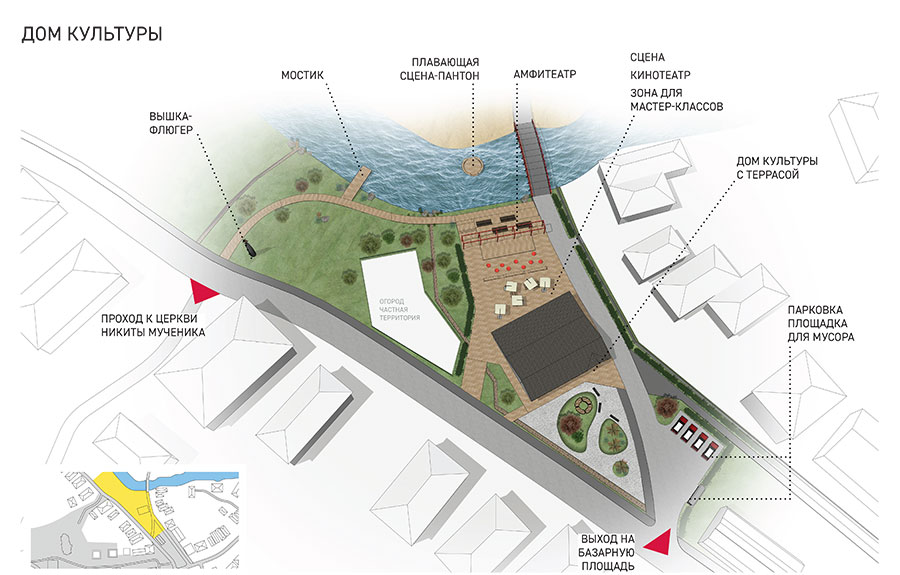 A new park, a Russian tea house and orchards are proposed for the ravine between the Kirov and Krasnogvardeiskaya streets. The essential part of the concept is a new large entrance group to the Lobov care centre. 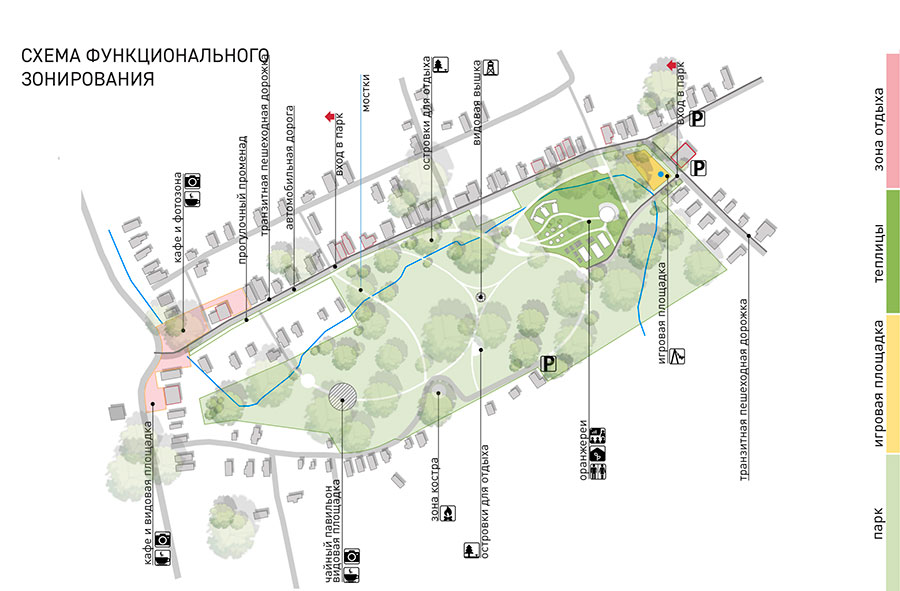 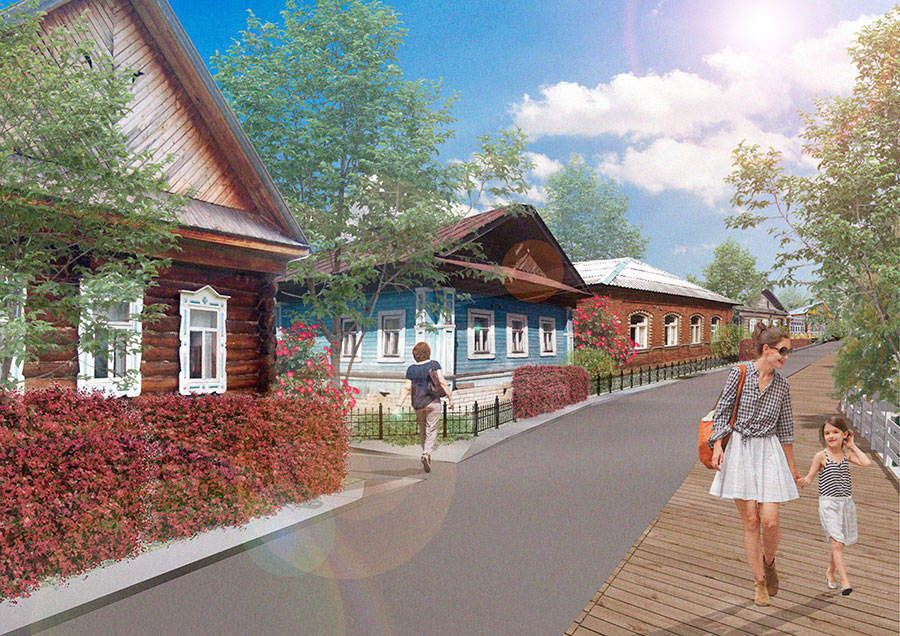 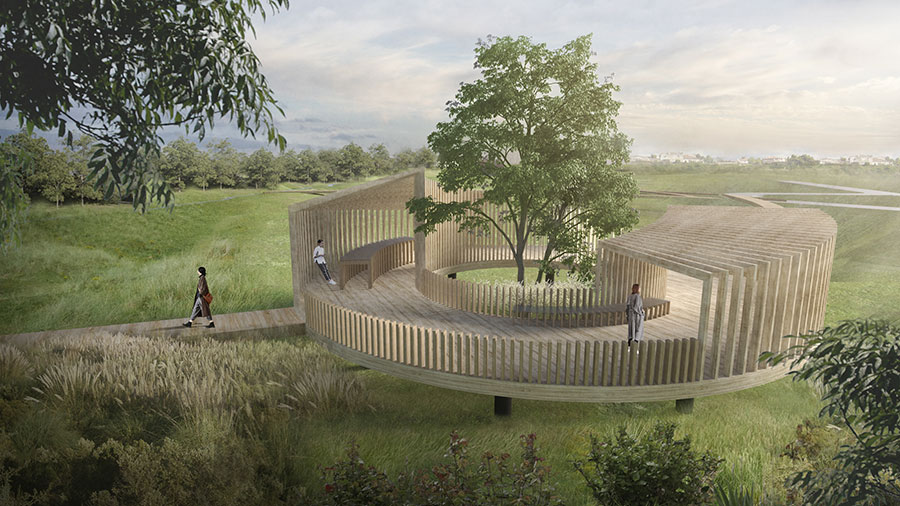 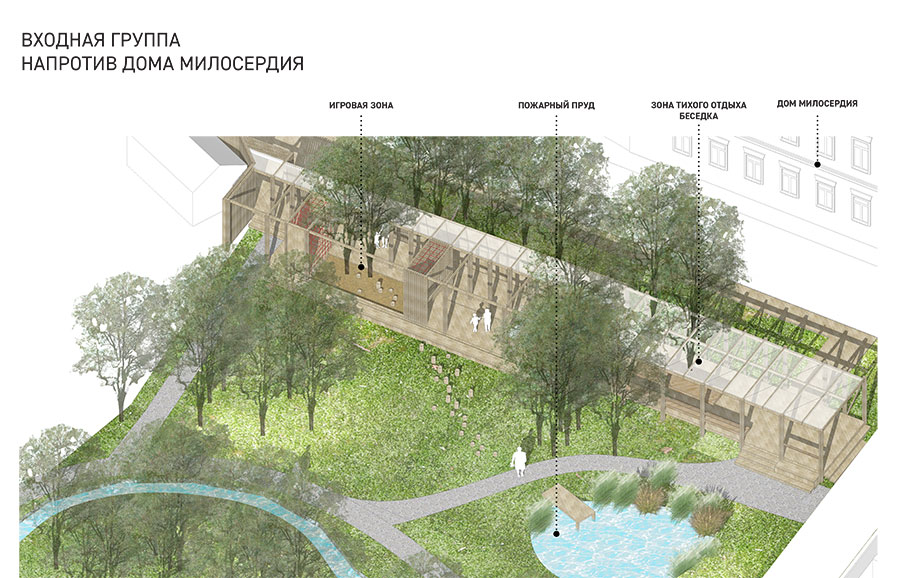