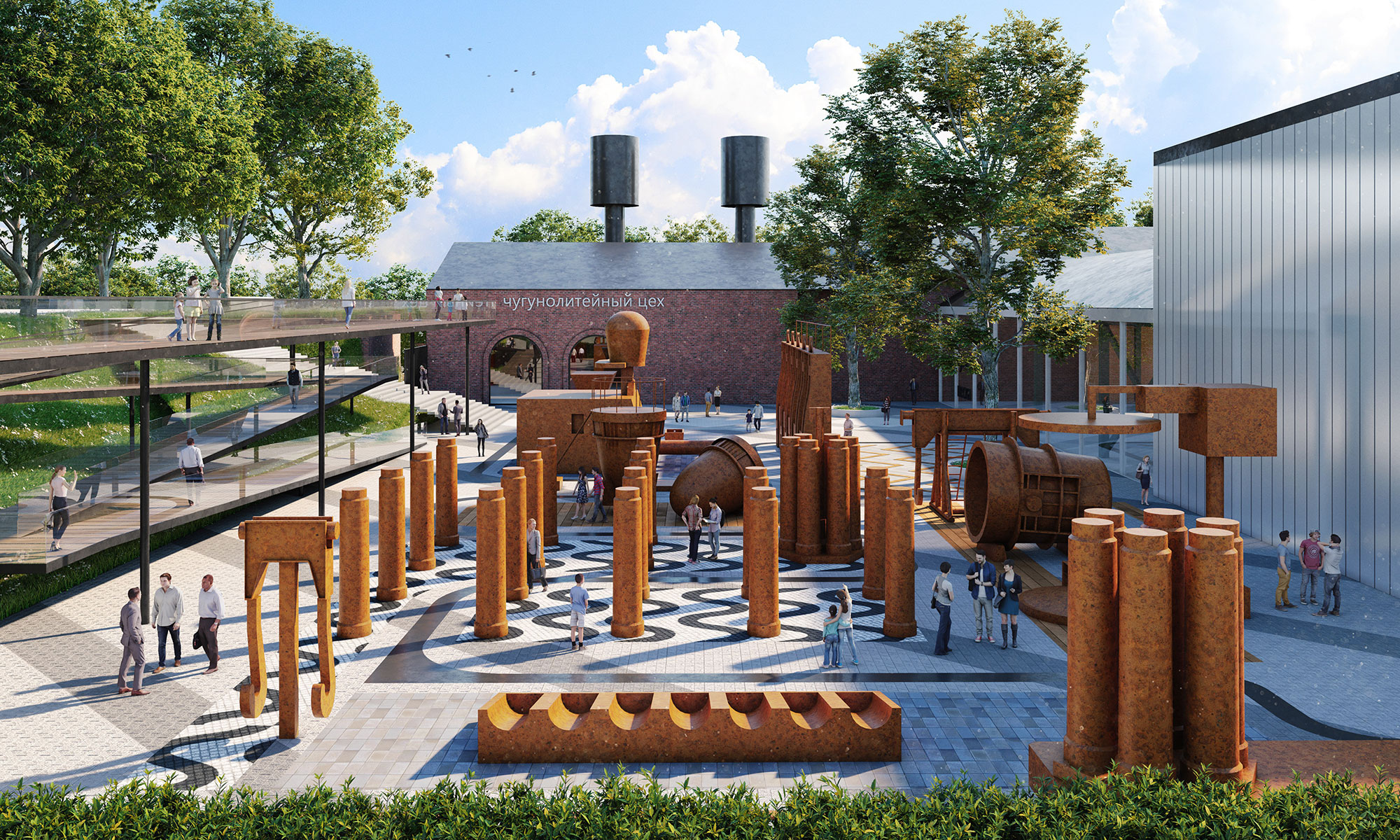 Vyksa is an old Russian town located in 360 km to the east from Moscow, whose economy is based on steel industry. The factory was located in the city centre since it was founded in 18 century, now it is moved to the periphery, and its territory has to be turned into public space. What kind of public space? That was the most significant question.

To conduct qualitative and quantitive research and develop a unique but attainable concept of the use of the area.

The concept is based on deep economical and sociological analysis. According to this data we developed planning and architectural concept of the industrial museum andpark saving all industrial architectural heritage. The dominating object in future park is the unique water tower created by Vladimir Shukhov. In Russia it's the first time brown field is beeind redeveloped into significant place for all.

The main idea as said is the preservation and reinvention of industrial heritage of the region so the central place of future complex is the museum and handicrafts.
They are followed by industrial park, playgrounds and other facilities. Through the main entrance a visitor get to the Pierre-Émile Martin garden. Martin was a French engineer who found the technology of producing steel in special open-hearth melting furnace. This type of furnace was used in Vyksa for 150 until 2018. The epoch of Martin furnace is over so the garden accommodates the exhibition of factory equipment.
When a visitor goes trough the Martin’s garden he gets the Shukhov park – an open space with engineering objects by one of the greatest Russian engineers Vladimir Shukhov. If a visitor goes further he reaches the green area with pump track, rope playground and pedestrian bridge across the pound. The area is planned as the place for teenagers mostly as long as in Vyksa there is no leisure facilities for them. 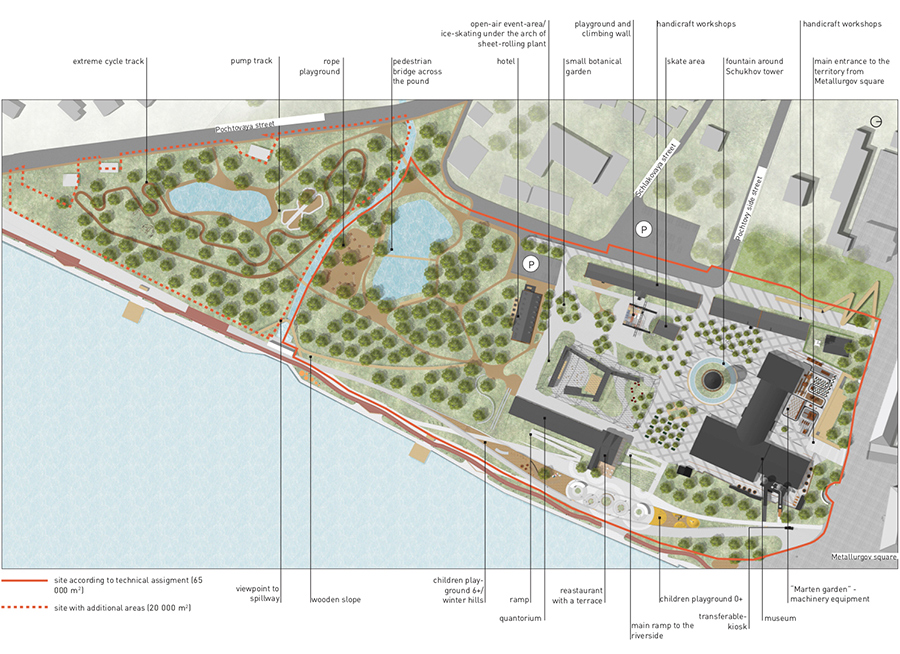 Scenarios propose wide variety of activities both for summertime and winter, so it stands for sustainable economical development. 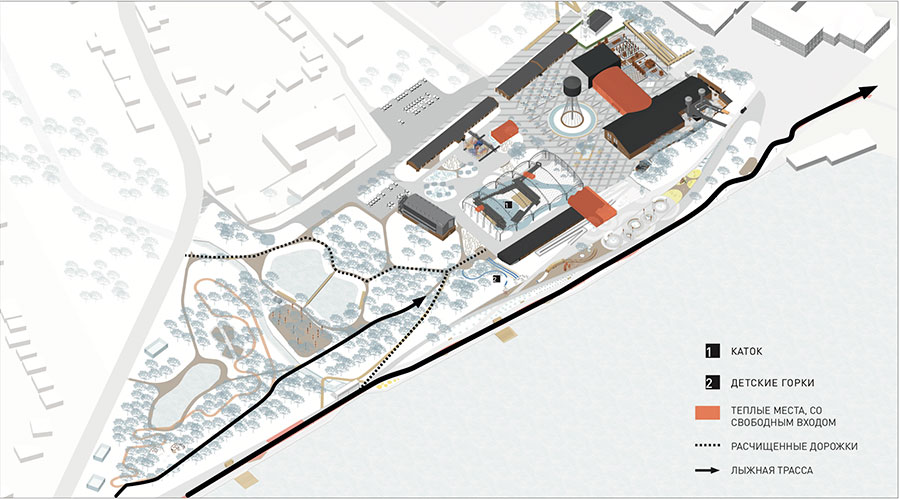 Museum area – Martin Garden and Shukhov park – are free and open for everybody. It’s supposed to fill the generation gap and support the identity of Vyksa as an old industrial area. 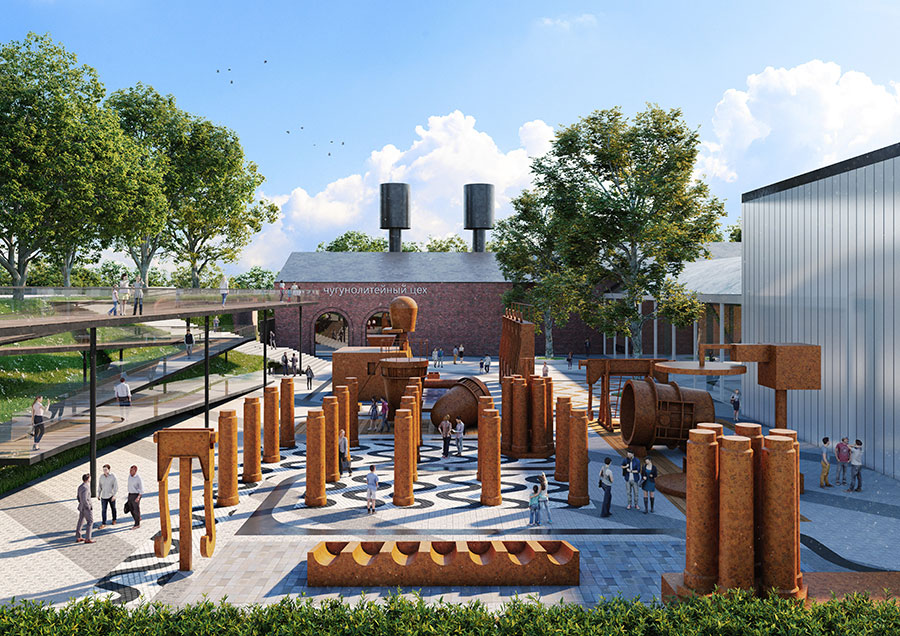 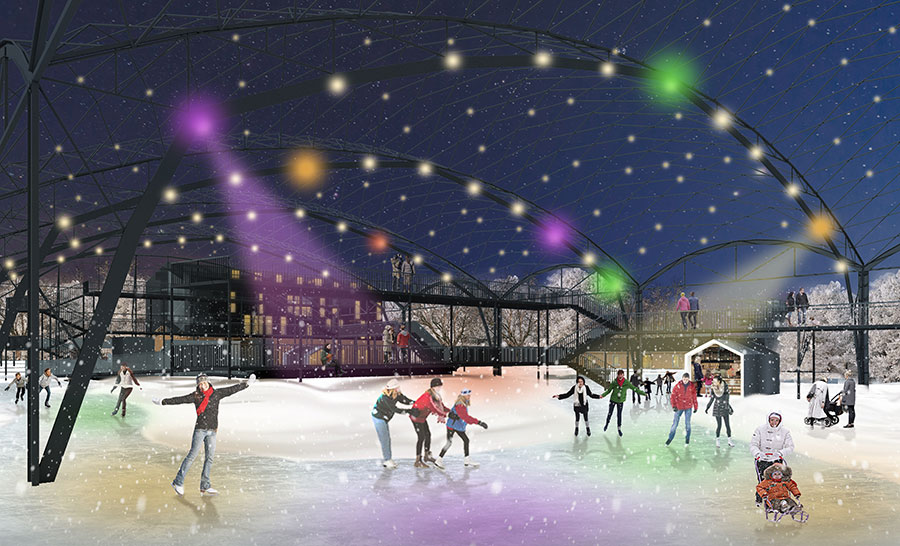 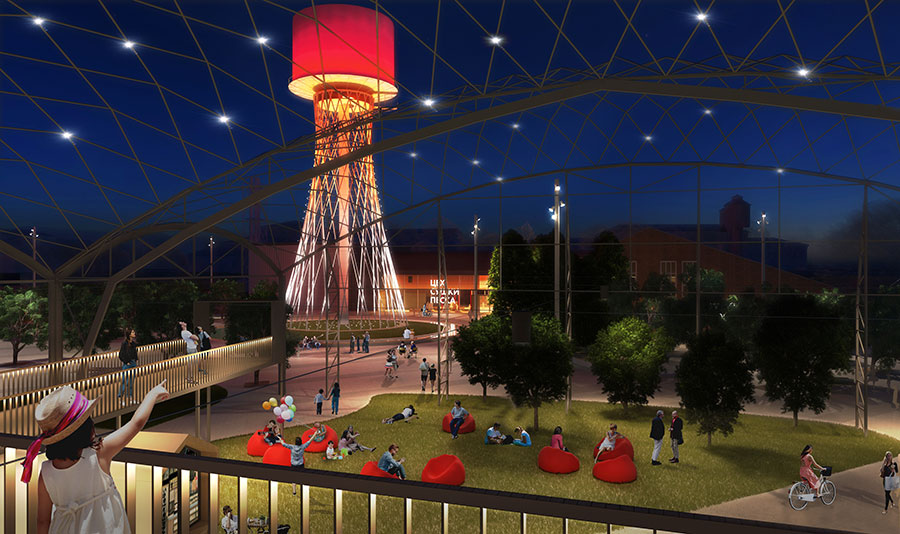 Inside the former foundry and sand drying shop the Centre of industrial progress which is the main semantic point of the entire concept. There will be permanent and temporary exhibition concerning the history of industry in Russia, administration rooms and multifunctional hall.
Former north-west workshops will be turned into handicrafts which can be used by locals. That will also support the tradition and widen the opportunities of additional education. This idea occurred during the participatory projecting with locals. The buildings are now in poor condition but protected by the heritage preservation state law. 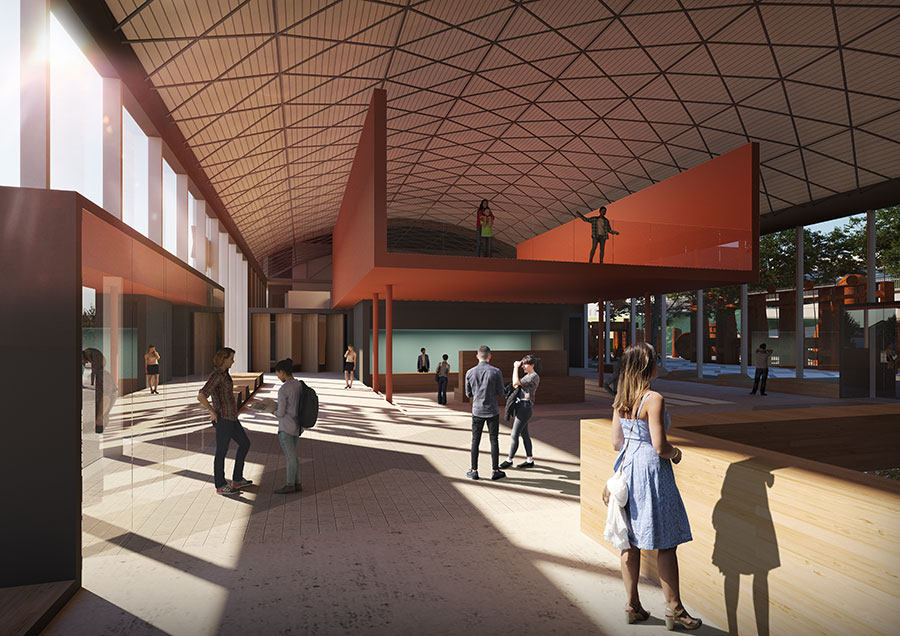 South-east workshops will be turned into carpentry, pottery and printing house. Skate park wiil also be constructed. Local teenagers will get additional opportunities of leisure and career guidance. 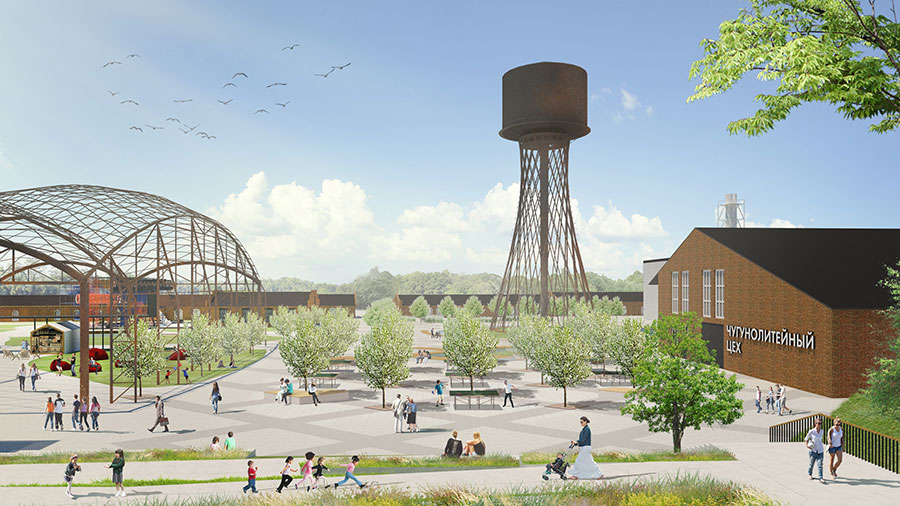 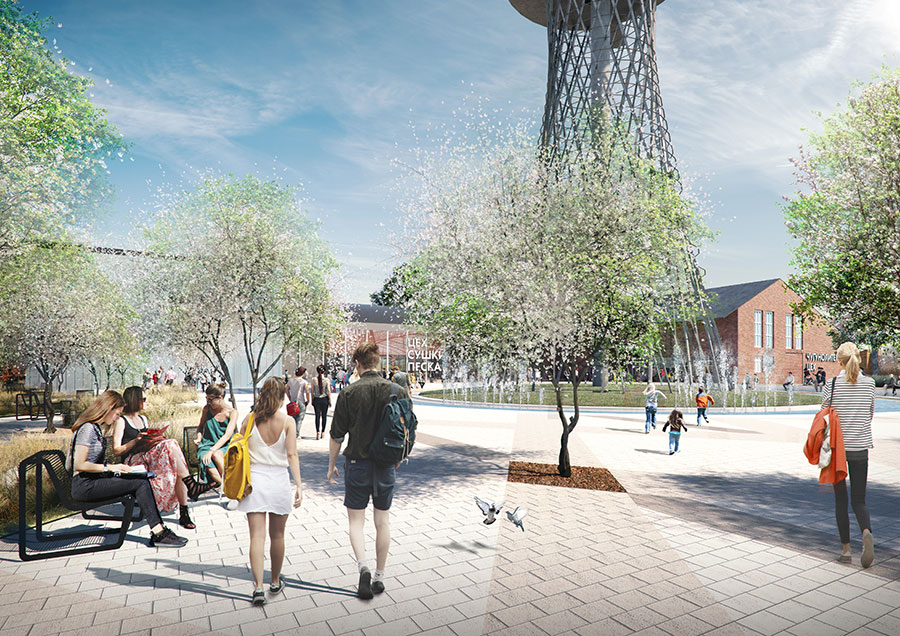 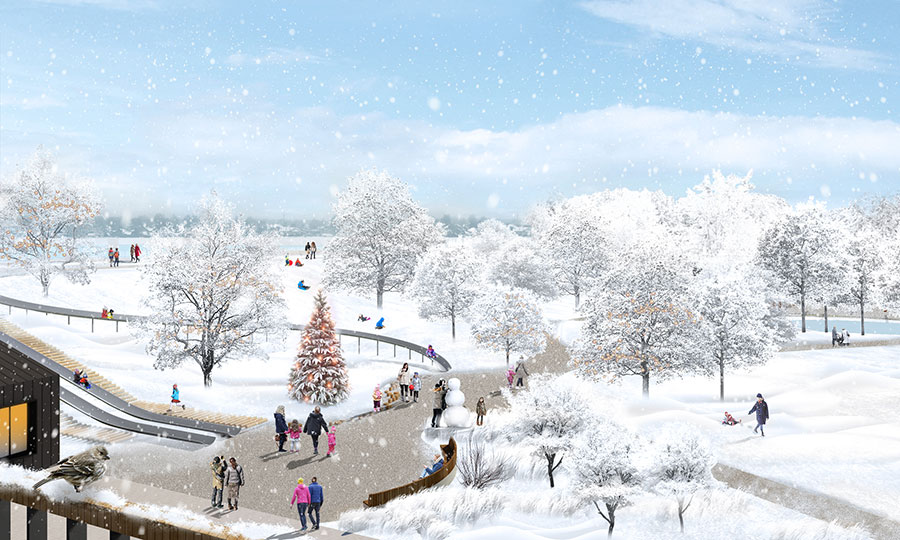 Industrial architecture is preserved and and softly restored, fills with new non-industrial functions.
Museum funds and Shukhov heritage, support the memory of the place and contribute the development of industrial tourism in the entire region. 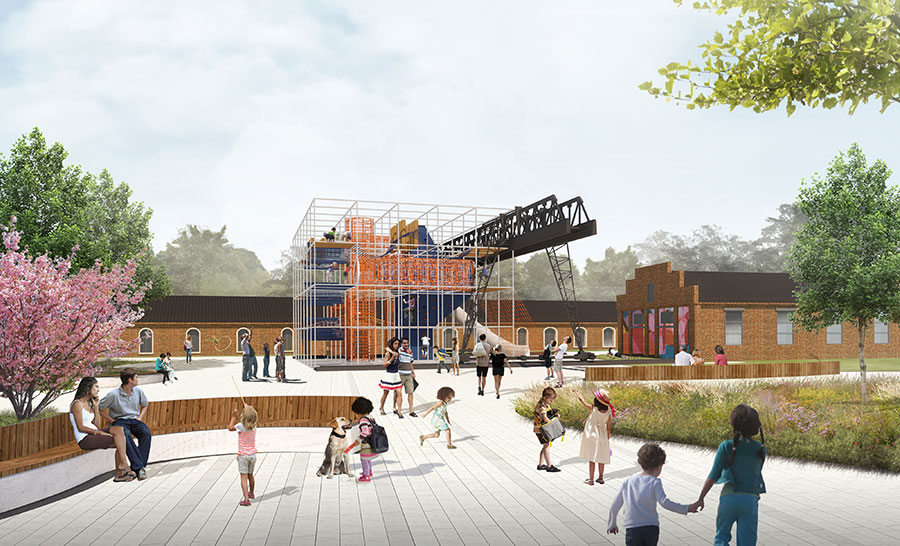 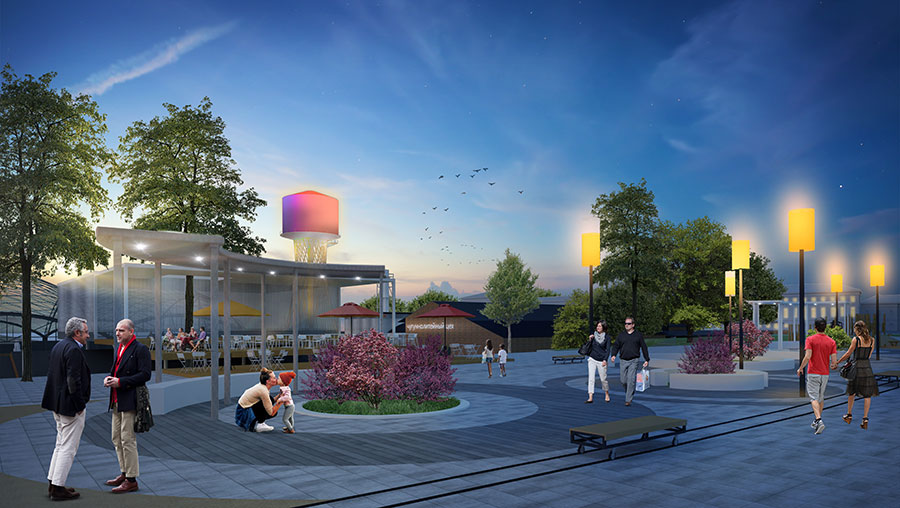