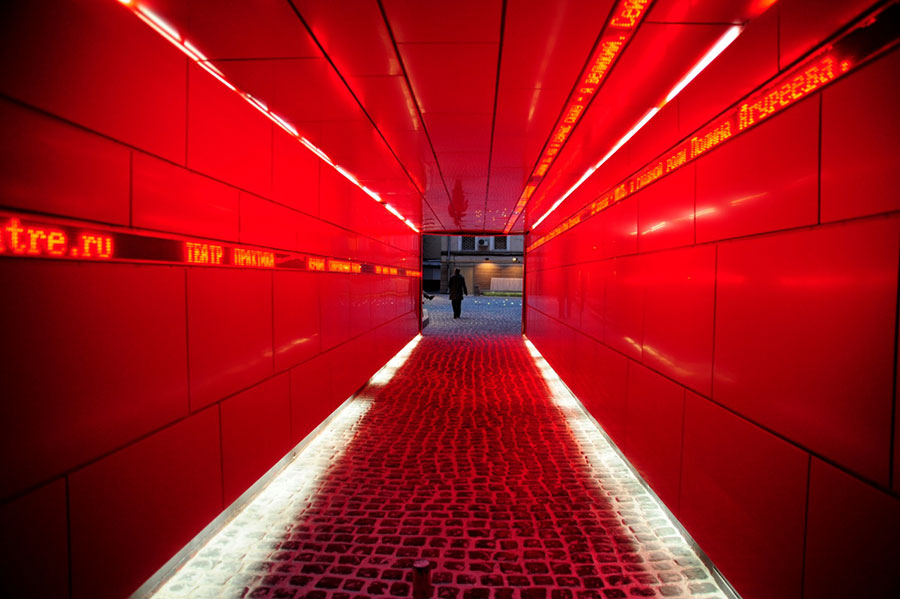 PRAKTIKA is a new-generation theatre, a theatre of new texts involving characters from contemporary life. Currently, this is one of the leading independent theatres in Russia. As well as plays, the theatre puts on film showings, exhibitions, yoga lessons, training sessions, debates and discussions, and poetry evenings. The theatre was originally opened by Eduard Boyakov in a basement of a residential building in the region of the Patriarch’s Ponds in 2005. Within a few years it had far outgrown its initial scale.

- To expand the theatre’s limited space by using the building’s courtyard and facade without impinging upon the interests of the residents of the house;
- To link the courtyard space around the theatre with the theatre itself, while emphasizing the innovational quality and relevance of what is one of the most popular cultural venues in Moscow.

We decided to use the courtyard space as a kind of vestibule for the theatre. We put a ‘news ticker’ announcing the theatre’s programme on the building façade and entrance arch; we used the courtyard fence as a space for posters. The effect was to create, within the already existing space, a contemporary and convenient spot where residents of the house can sit down for a rest on benches and where theatre-goers can wait for their play to begin in this secluded Moscow courtyard.

The faсade is made from rusty metal sheets with perforations and reflective inserts. The LED ‘news ticker’ carrying the theatre’s programme of coming events is mounted in the building’s faсade and ‘streams’ towards the illuminated archway, attracting the attention of passers-by and inviting them inside to visit the theatre. For the arch/tunnel through which theatre-goers enter the courtyard we have used bright-red lighting. The glass of different colours in the faсade windows is illuminated from within. 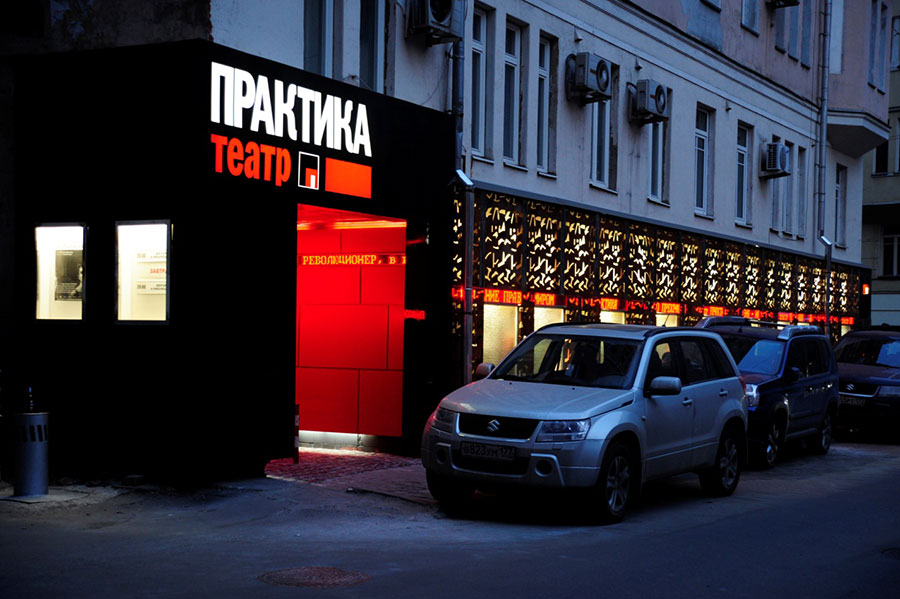 The budget for this project was insufficient to pay for fashionable materials such as artificial rust, so we simply took sheets of metal and left them in the grounds of our foreman’s dacha. During the summer that elapsed while we were waiting for a building permit for the faсade of the house, the metal sheets acquired an ideal rusty ‘tan’. They were then coated with a protective layer of varnish, making it possible for them to be used safely on the house faсade.

During work on this project the house’s small Moscow courtyard was turned into the theatre vestibule, a convenient and pleasant place where people can wait for performances to begin. We planted the space with greenery and constructed a new fence from deep horizontal boards, thus defining the territory of the theatre and providing a structure on which theatre posters can be displayed. None of this has stopped residents of other houses in the neighborhood from crossing the courtyard whenever they wish; for them, what used to be an ordinary courtyard passageway has become the smart entrance to their houses. 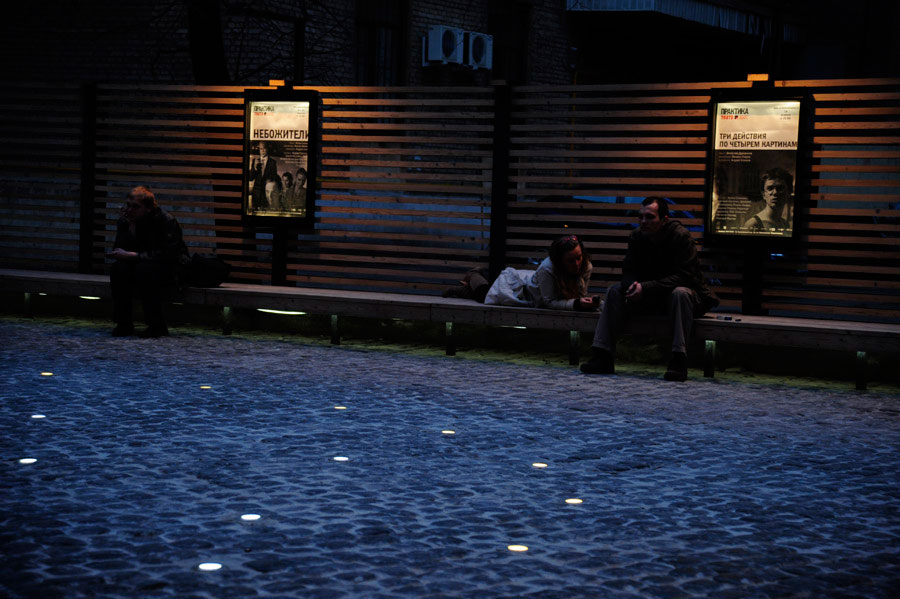 Around the perimeter of the courtyard we placed wide benches/loungers with built-in lighting. In front of the entrance to the theatre, in the center of the courtyard, where theatre-goers emerge after a performance, we created a circle defined by LED lights. This is like a second theatre stage, only for the use of the theatre audience. 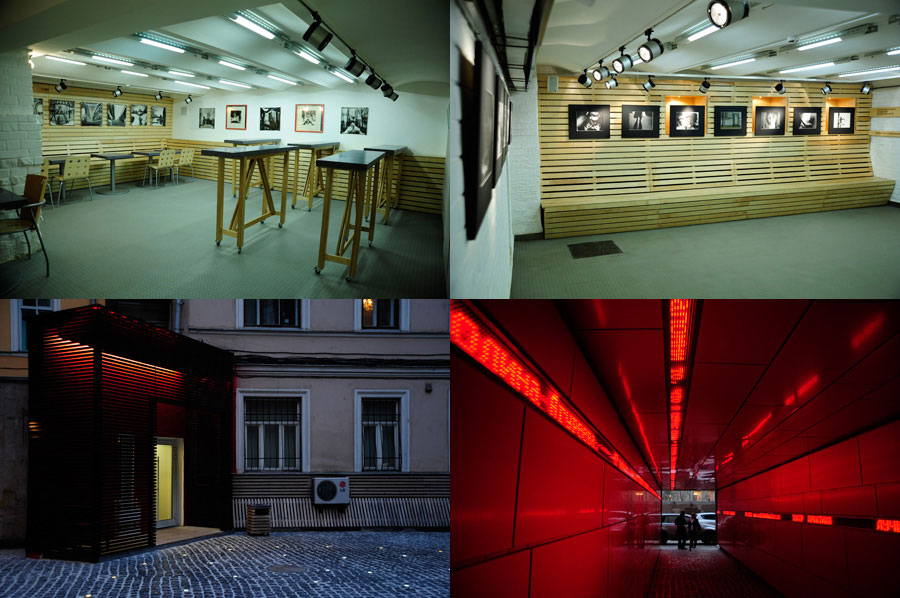