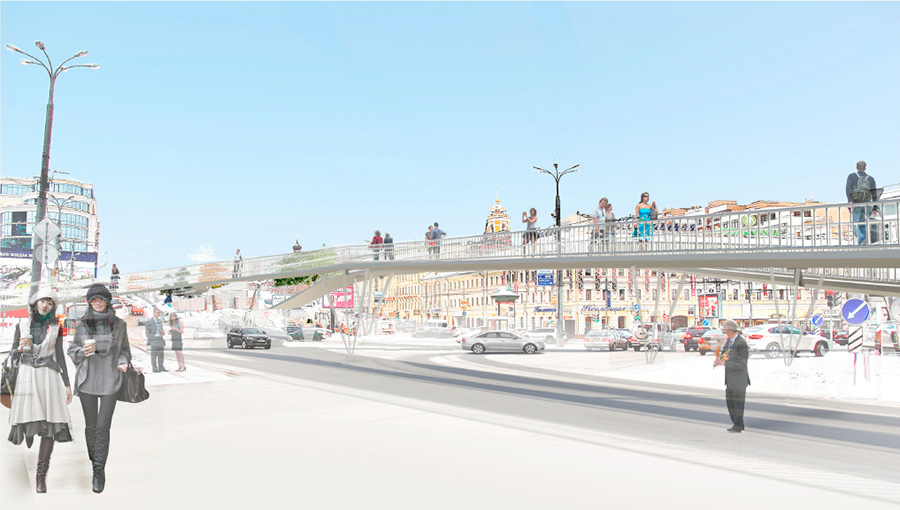 The Boulevard Ring is an established pedestrian zone and Moscow’s longest. At present, the public space on these boulevards is not fulfilling its massive potential to the full.

• Given that this is the most extensive pedestrian zone in the city centre, to turn the Boulevard Ring into a proper open public space that would be one of the principal places where Muscovites come to spend their time. • To realize the Bouevard Ring’s true potential and thus stimulate the self-development of public facilities that are in its zone of influence.

We plan to divide the Ring notionally into several thematic sections: for example, an area for people to hang out in (Chistoprudny Boulevard, a place where young people tend to gather), a retail and office area (Tsvetnoy Boulevard with its offices and shopping centre), and a picnic area (Strastnoy Boulevard, which is within walking distance of Hermitage Garden). We plan to link these areas of the Boulevard Ring by means of a bridge (in the vicinity of Trubnaya Square) and a number of rehabilitated underground passages.
In addition to the Ring’s traditional infrastructure, we propose several types of facility that are new to the city: tourist booths, information stands, and time machines.

We offer tourists and Muscovites a choice of three different types of approach to finding out more about the Boulevard Ring. The first and most classical type consists of information ‘kiosks’ of a simple shape with panoramic fenestration, a heated entrance lobby, and information screens. The kiosks will be sensitively fitted into the city’s landscape without spoiling the architectural setting of the boulevards.
In addition, a number of information stands and ‘time machines’ will be installed along the Ring. The information stands are vertical stands with a sensor screen and an illuminated canopy. The time machines will be stands with two gaps at eye level. When you look through the first window, you see the boulevard as it is now, while through the second you see a photograph of it as it was half a century ago.

Passageways with a well thought-out navigation system and a uniform design of retail and exhibition spaces (instead of the chaotic retail spots that exist now) will be a part of the pedestrian area on the Boulevard Ring. We plan to fit the walls of the passageways with special structures for sitting on or leaning against. 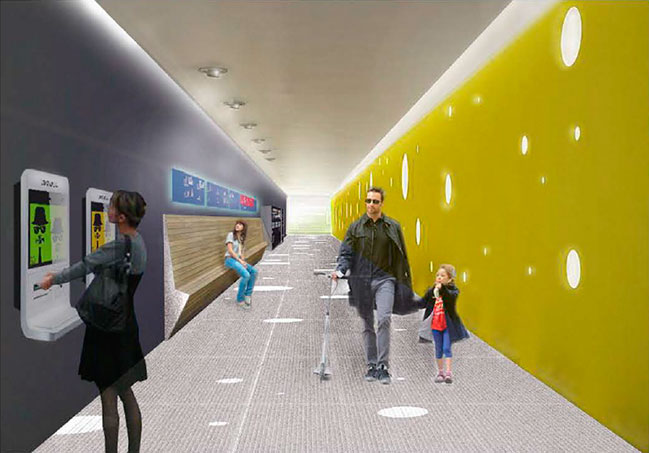 The functional space of the toilet will be divided into two parts: a windowless metal box containing cubicles and a transparent passage in front of the latter. The glass hallway will retain warmth and ensure safety thanks to its bright lighting and see-through visibility. 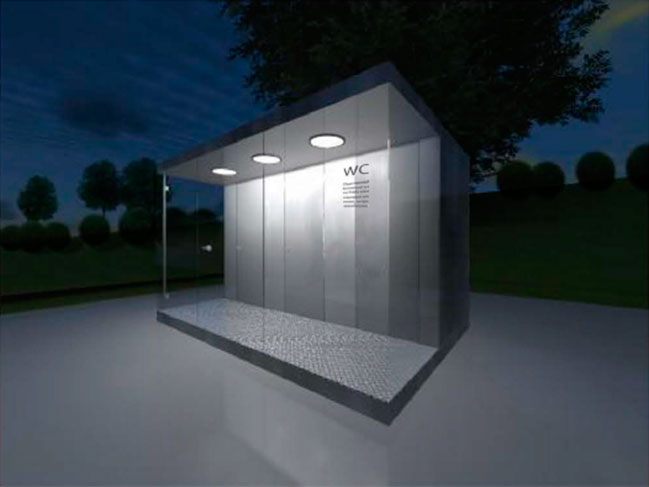 In order to create a safe and at the same time comfortable space, shelters will be erected on the boulevards. These will be well-lit warm areas with an internet hotspot, mini-library, and coffee-point. An attendant will be present at each of these ‘rescue cabins’. 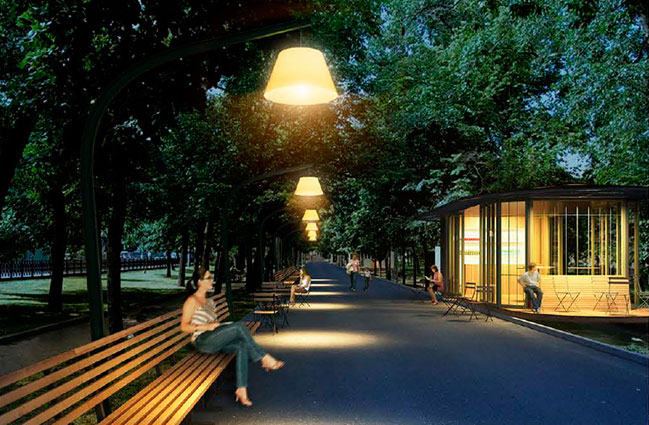 Landscaping elements will be added to the environment of the boulevards in accordance with the character of each thematic section. For example, on Chistoprudny Boulevard we propose installing special benches for sitting ‘on your back’, while on Gogolevsky Boulevard there will be sun loungers that follow the slope of the terrain. 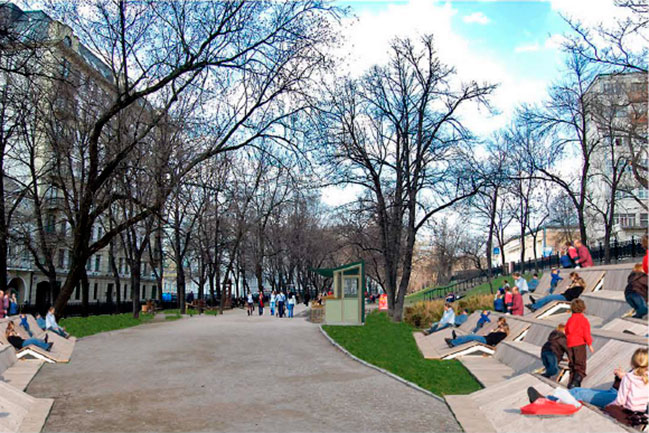 Part of the Boulevard Ring will receive a ‘new wave of planting’ involving local unfussy plants that are capable of withstanding the aggressive urban environment, as well as perennial grasses and shrubs and plants that attract insects, birds, and small animals. 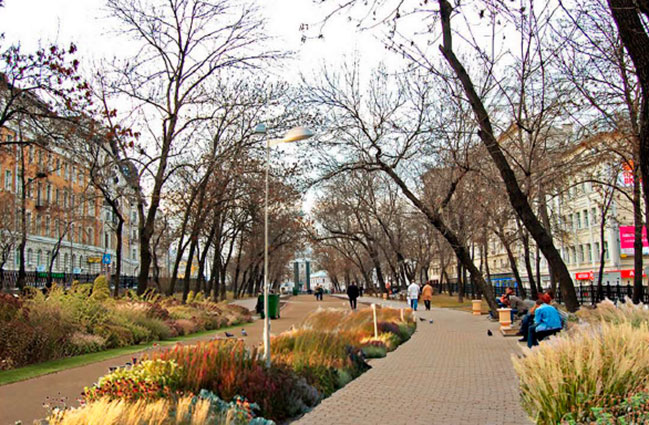