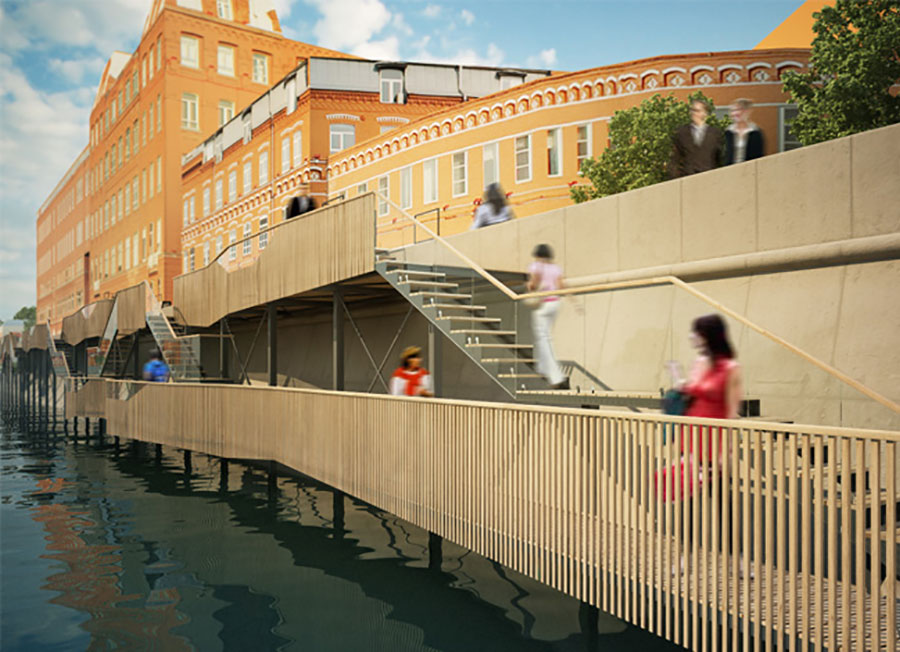 What must a pedestrian do just to walk through the centre of the city when all the pavements are thickly parked with cars? Most likely, he will several times have to jump out onto the road, leap over flowerbeds, and try to squeeze through the cars. But what if…he could walk above the water! We set to thinking how we could locate and activate hidden resources so as to create new places for walking without changing the city’s existing landscape. After researching the problem and studying what has been done in other countries to create comfortable environments for pedestrians, we came up with the idea of low embankments. Such embankments could become the largest pedestrian zone in the centre of Moscow.

We made the embankments of the River Moskva and the Vodootvodny Canal the focus of our new pedestrian route in the centre of Moscow. The problem of how to separate flows of people and cars can be solved by moving the pedestrian paths to outside the confines of the existing embankments. In this way we give pedestrians more space and leave the roads to the cars. We propose using light structures resembling traditional Russian river bridges.

We propose that the route followed by the lower embankments should pass along Bersenevskaya, Yakimanskaya, and Kadashevskaya embankments so as to link cultural and recreational facilities in the city centre to form a unified promenade area. If the wooden embankments along the water are extended to Gorky Park, this will give Moscow a truly important network of pedestrian routes. 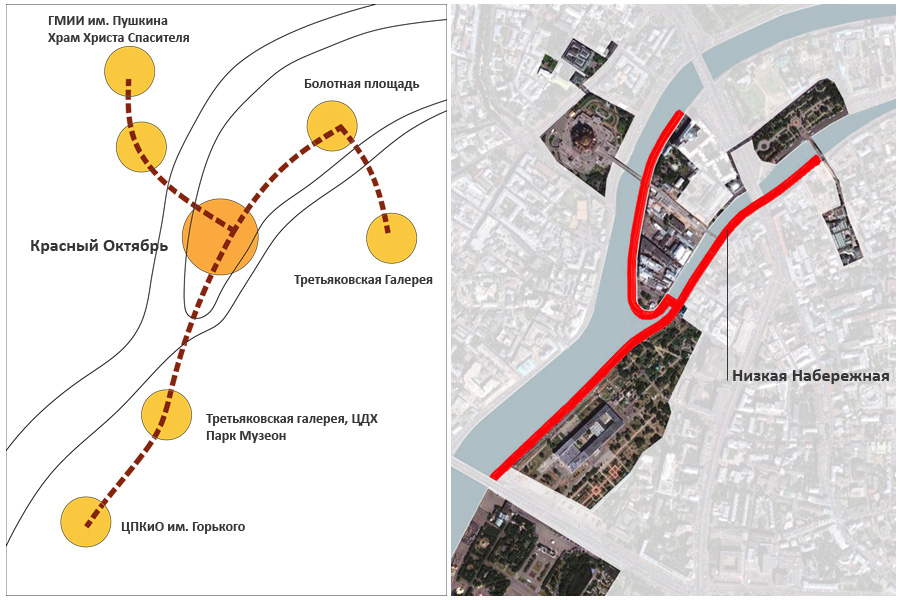 The three levels of the new embankments. The upper level will be a promenade area and transit zone; the middle level will consist of decks suspended above the water; and the third level could serve as landing stages for small boats. 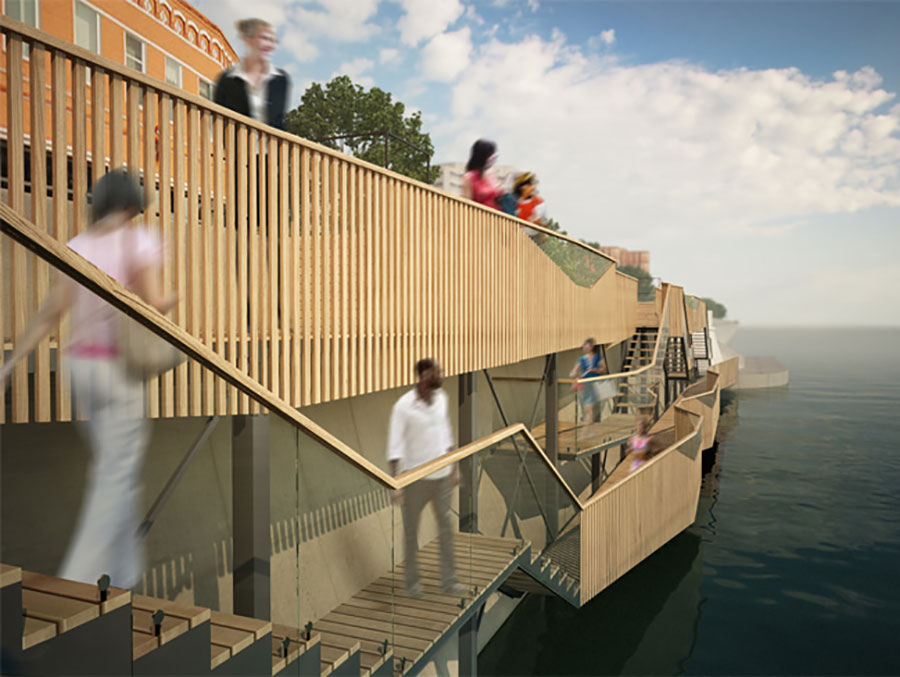 The new embankments could be split up into several stages, depending upon the number of levels. 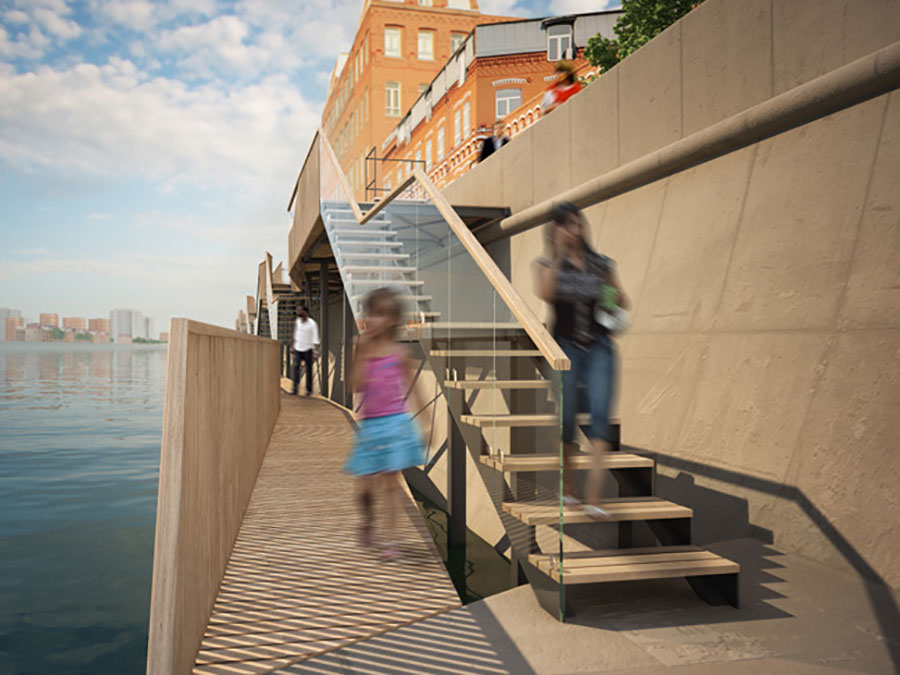 The embankment railings are to be assembled from elements of various heights; e.g. pieces of wood that create a rhythmical pattern.

In places the existing stone wall will be covered with wooden panels which people will be able to lean on. 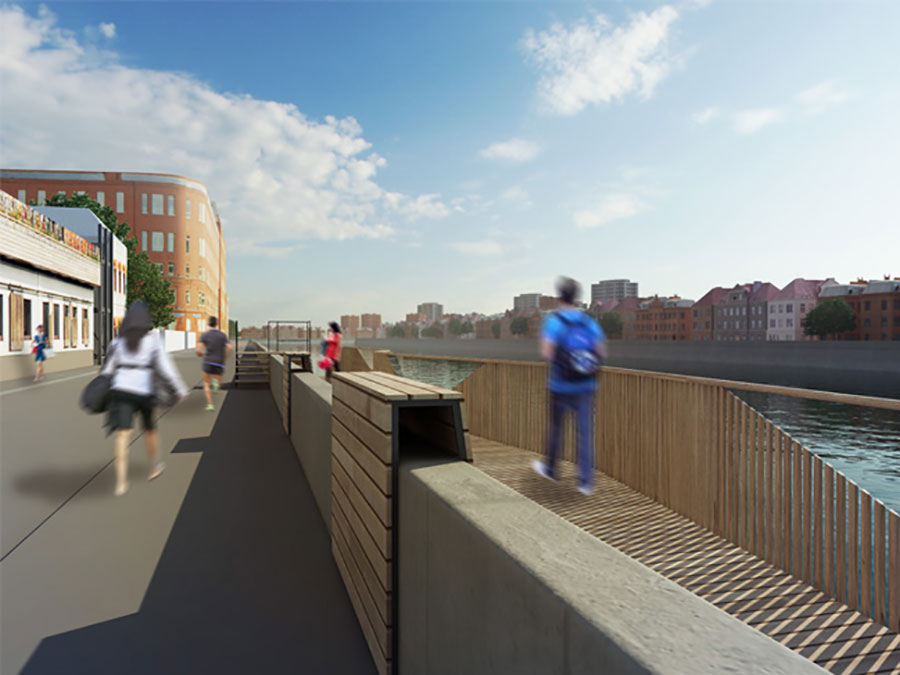 The width of the new embankment varies from 2 to 4 metres. The greater width is employed for sections where there is a transition between levels. 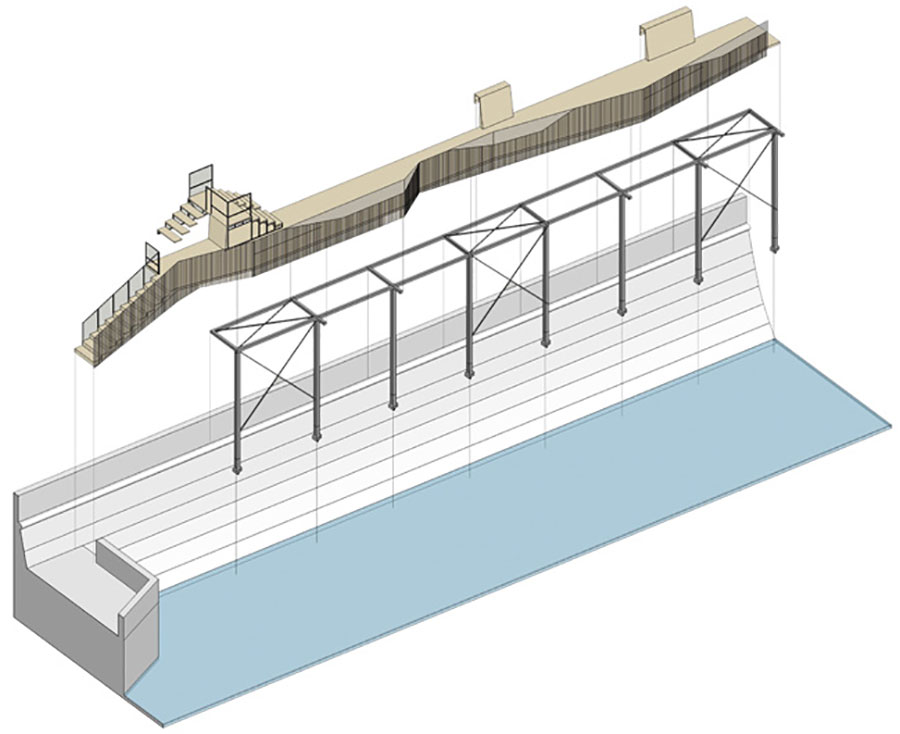