Park on the banks of the Moskva river in Kapotnya 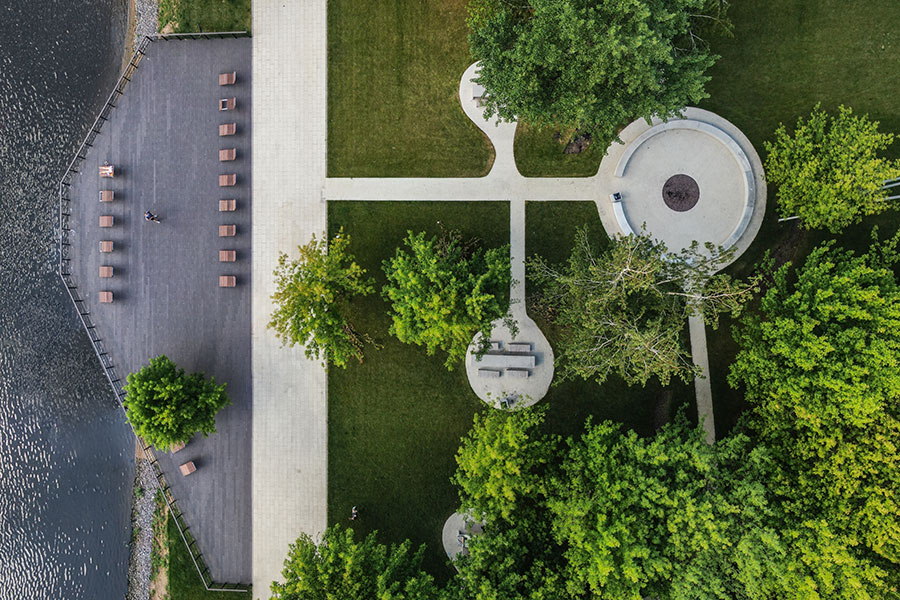 For many years, the park on the banks of the Moskva River was in a state of neglect. District residents did not have a place for walks, sports activities, and rest with their families. We proposed to make the park a point of attraction, something similar to both an urban recreational area and suburban forest. Here, unlike in parks of the city center, its functions stretch along the entire perimeter, and one part of the park smoothly flows into another.

To create a comfortable space in the district distant from the city center, thus giving its inhabitants the possibility to spend time in nature at a short distance from their homes.

To make the park a point of attraction for district inhabitants connecting its entire territory by walking and sports-oriented trails and filling it with recreational infrastructure while preserving the unique natural landscape.

The park was in a state of neglect despite its status as a specially protected natural area. Here, people used to walk their dogs and have barbecues, and the potential of the territory was not realized. Within the framework of the complex land improvement of Moy Rayon program (My district), we created a concept for the park where district inhabitants can spend their free time in nature. We already worked with the concept of the Park of the 850th Anniversary of Moscow located nearby. Trails of the park in Kapotnya became its continuation. Our idea was to unite the adjacent natural zones and parks creating a unified landscaped walking space. In this case, the Moskva River could become a city’s ecological axis. 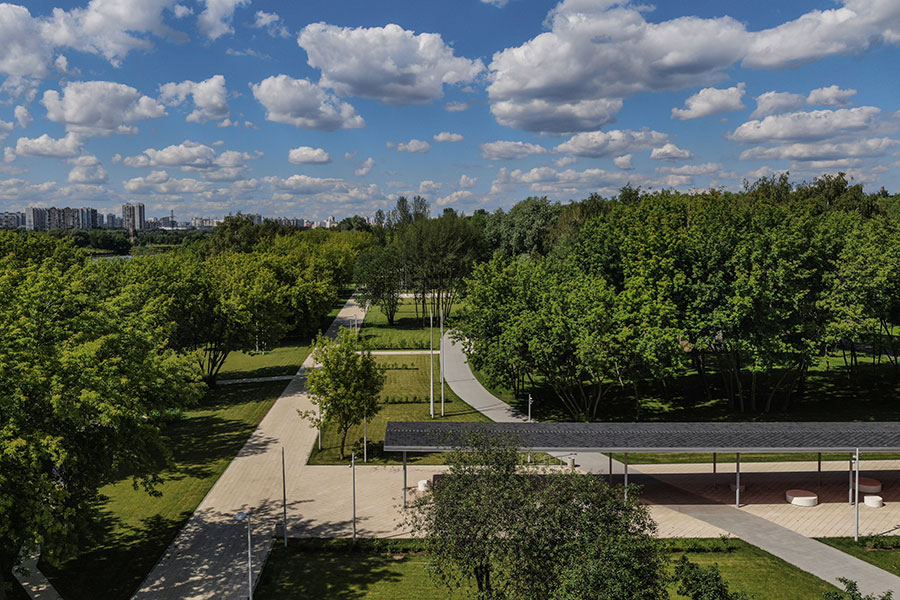 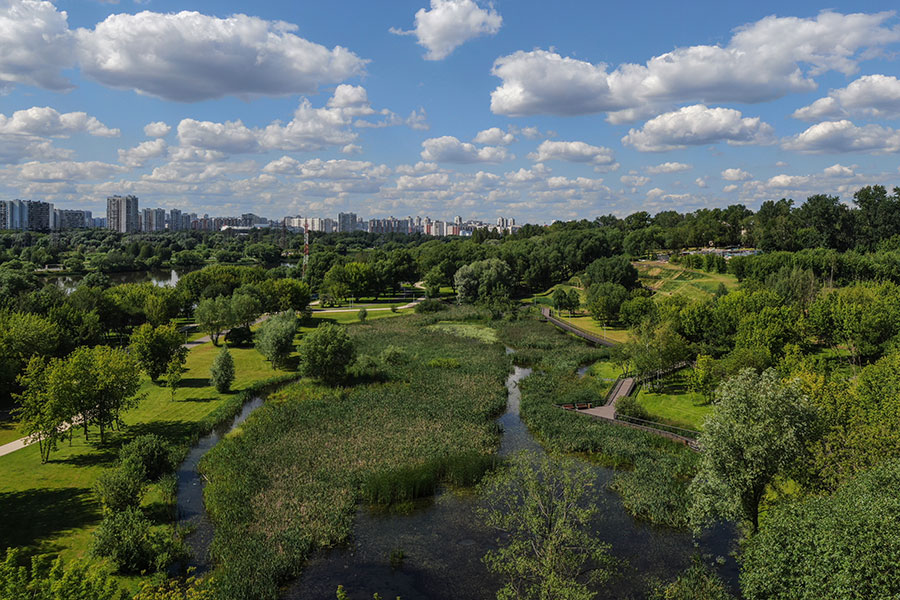 Flood-prone swampy territory was a park’s problematic zone. It was excluded from the pedestrian scenario. We cleared up the swamp, introduced water-loving plants, and constructed footbridges. That’s how an ecological route equipped with observation decks appeared in the park. 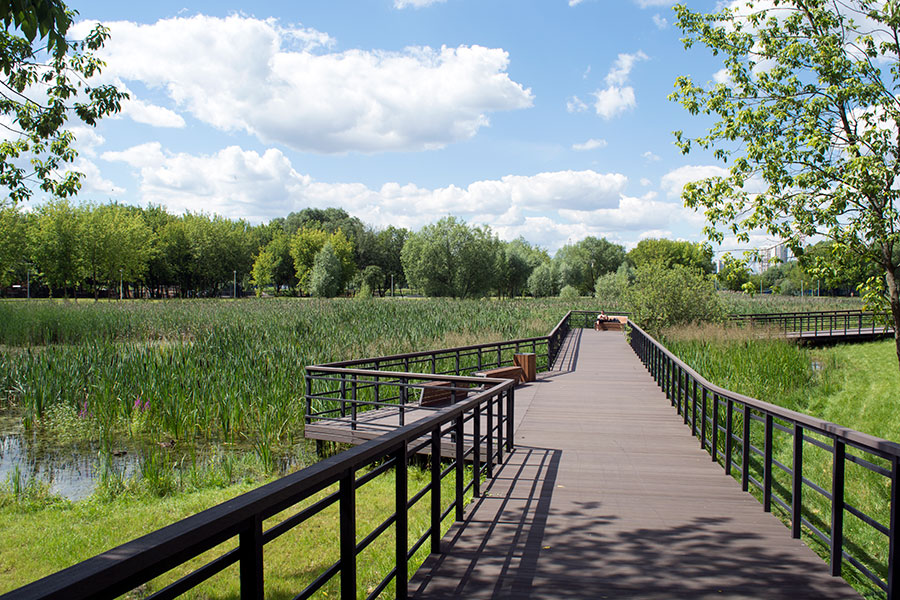 The park has a unique flora. Therefore, we focused on preserving the natural landscape. We reinforced the banks, repaired the landscape structure, and created an ecological route around the park. 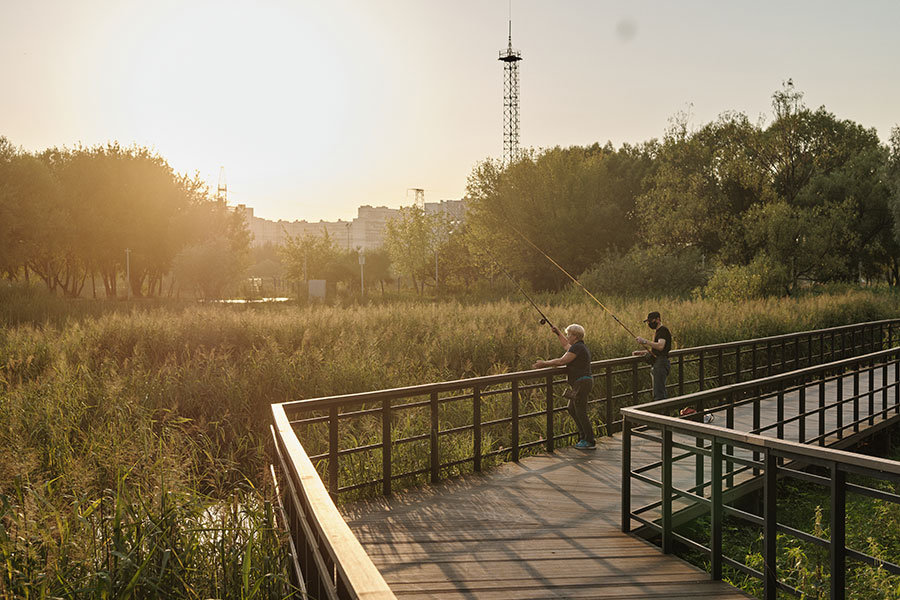 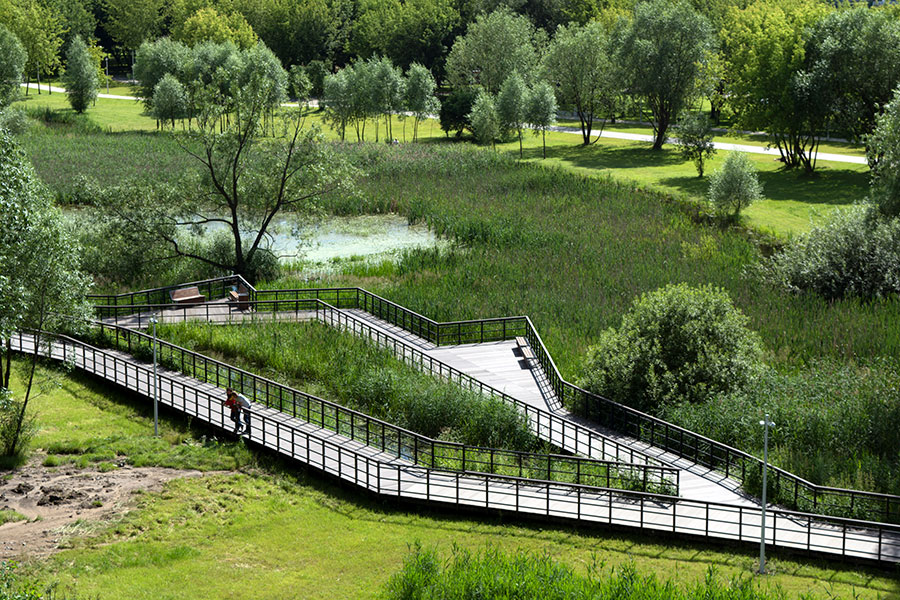 We considered it important to create a place for spending time in nature – walking with children, resting, having picnics, and doing sports. The park is one of the most beautiful areas of the district. This was not a standard project. Inhabitants of each district want them to differ from others. We decided to make a point of attraction that might integrate into the identity of the district’s inhabitants. People need to have a place for exchange as it forms the local community. 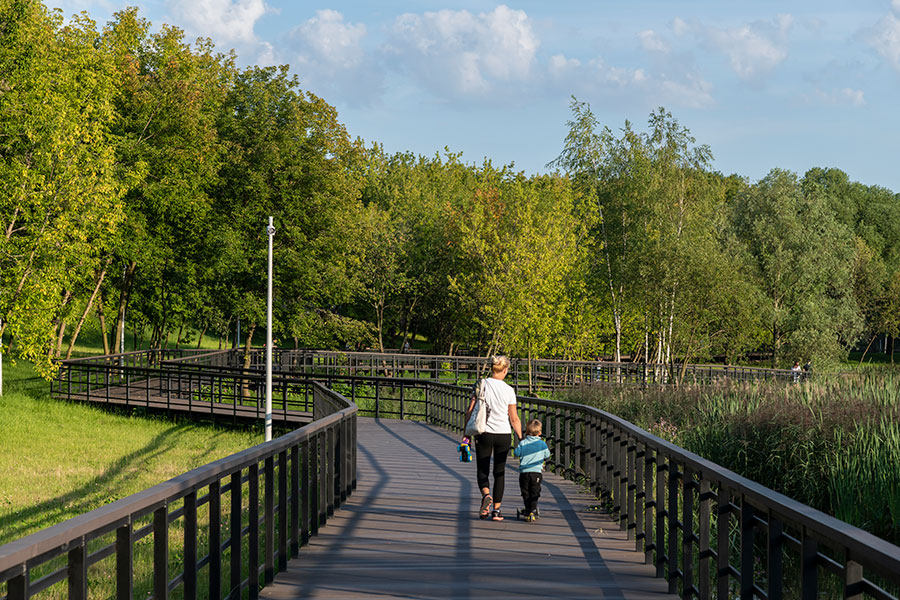 We designed a boulevard along the embankment that became the park’s public core. The area along the riverbank became an observation deck. 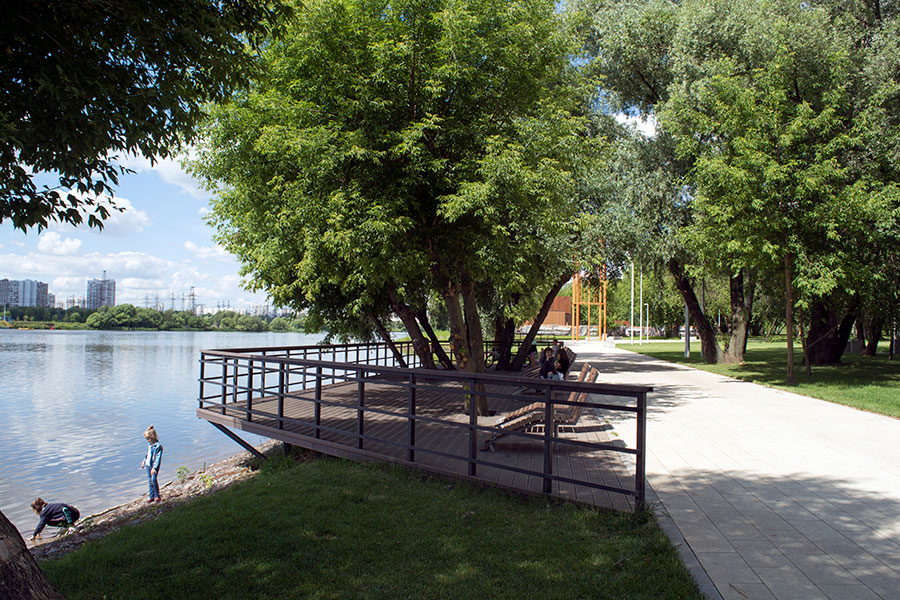 The budget for the park improvement was limited. Therefore, we tried to use the most affordable materials while sticking to the esthetic concept of the project. Park’s furniture is made of concrete to last for a long time. And the sports equipment is of very good quality. 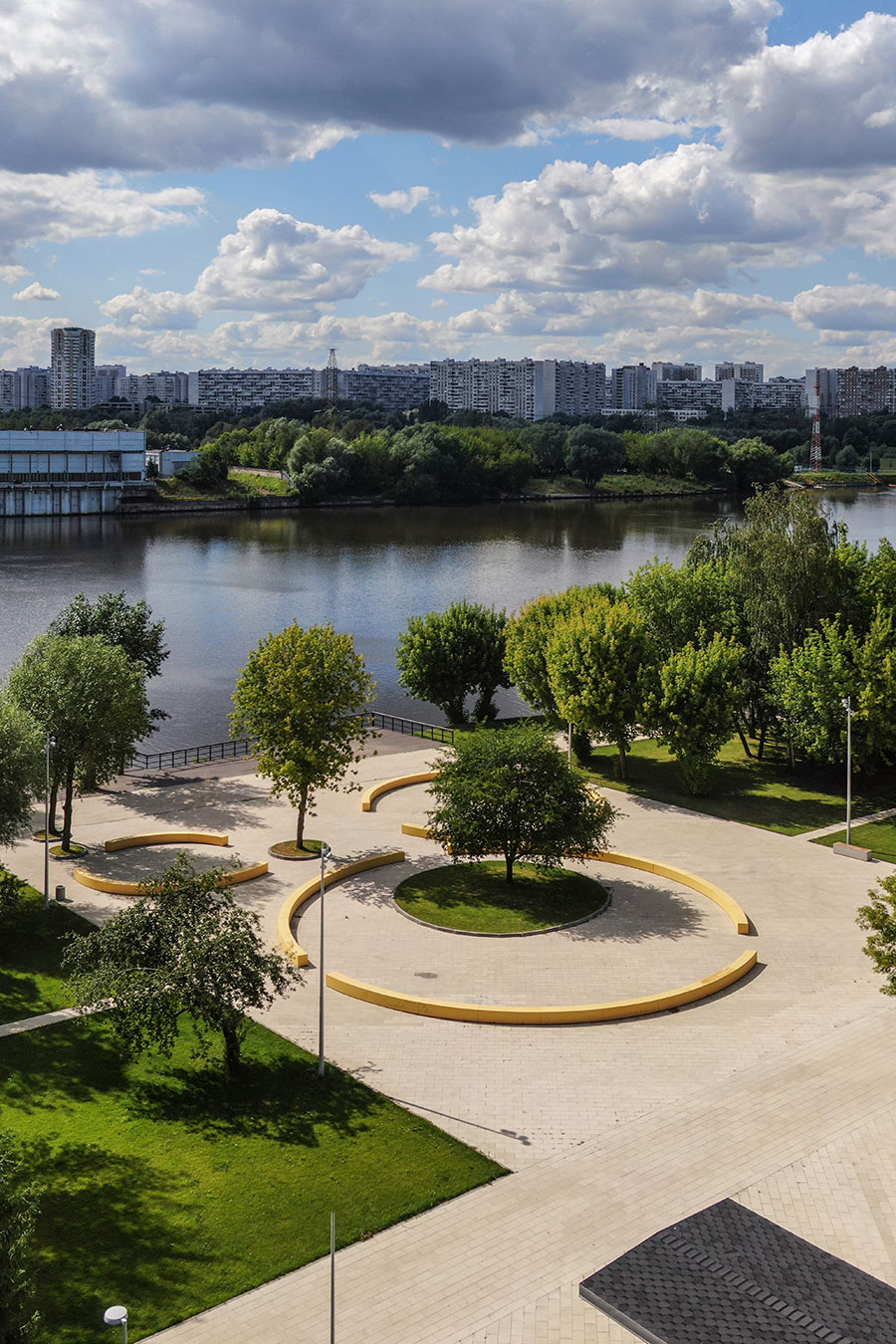 We proposed to put attractive art objects on the park’s territory. The Lighthouse designed especially for the park became such an emphasis. 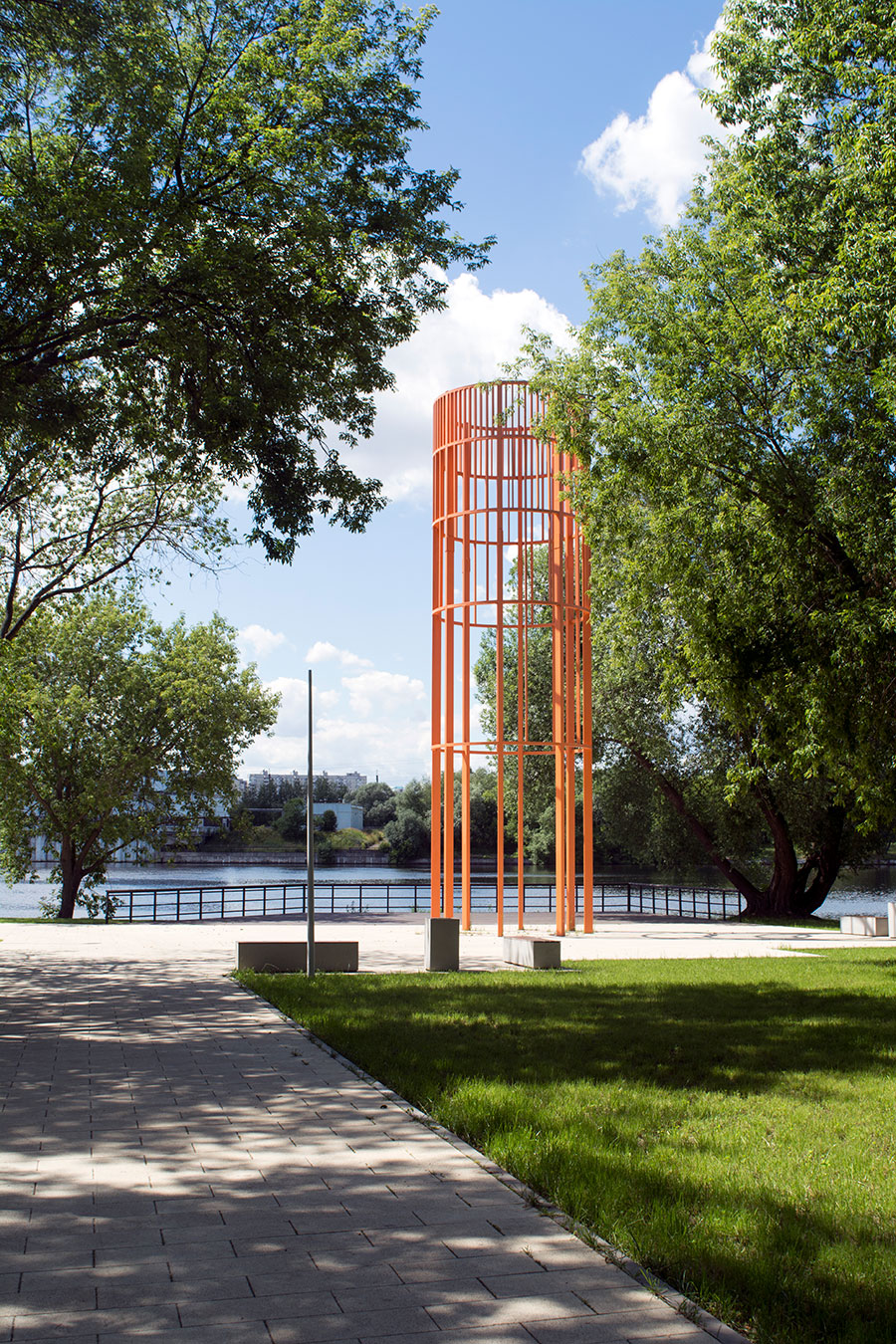 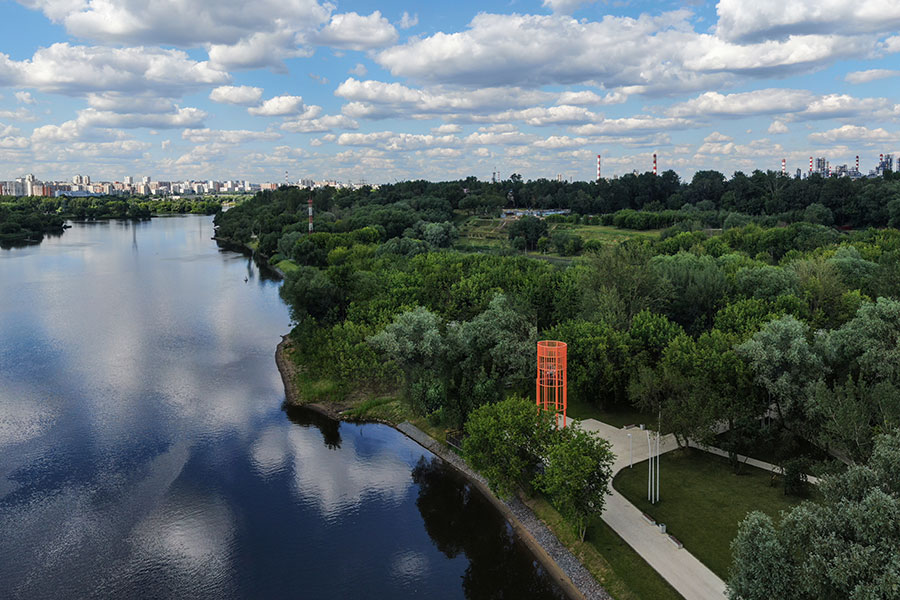 Now, people have playgrounds for kids and sports activities as well as observation decks with chaises longues for resting. 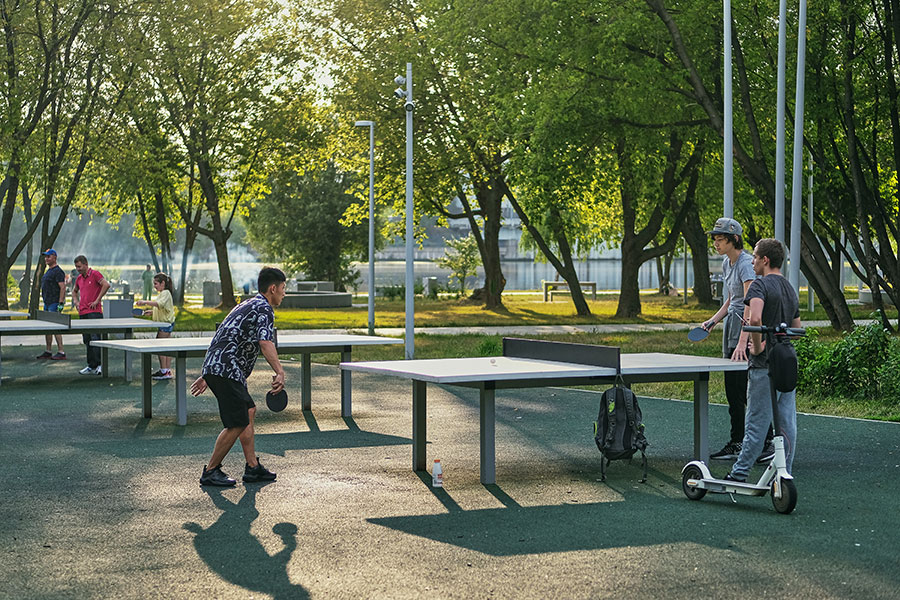 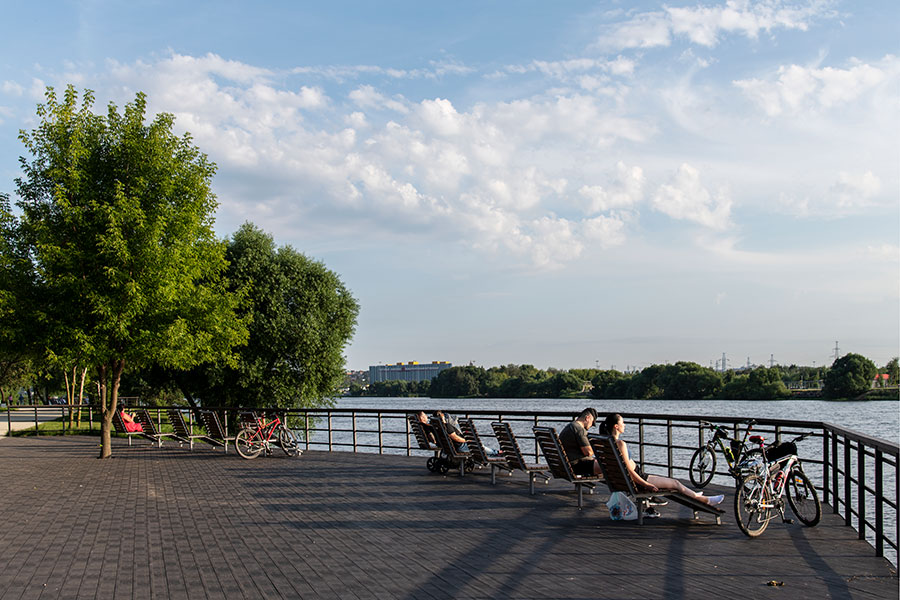 While working on the concept, we were in close communication with district inhabitants and took into account all their requests. Traditionally, the park was a place for picnics, skiing, dog walking, and sport fishing. We created possibilities for spending time in a comfortable environment. Now, there are special fireplaces and picnic tables there. We also included awnings at squares under which people may hide from the sun or which later may fulfill commercial functions if kiosks will be put. 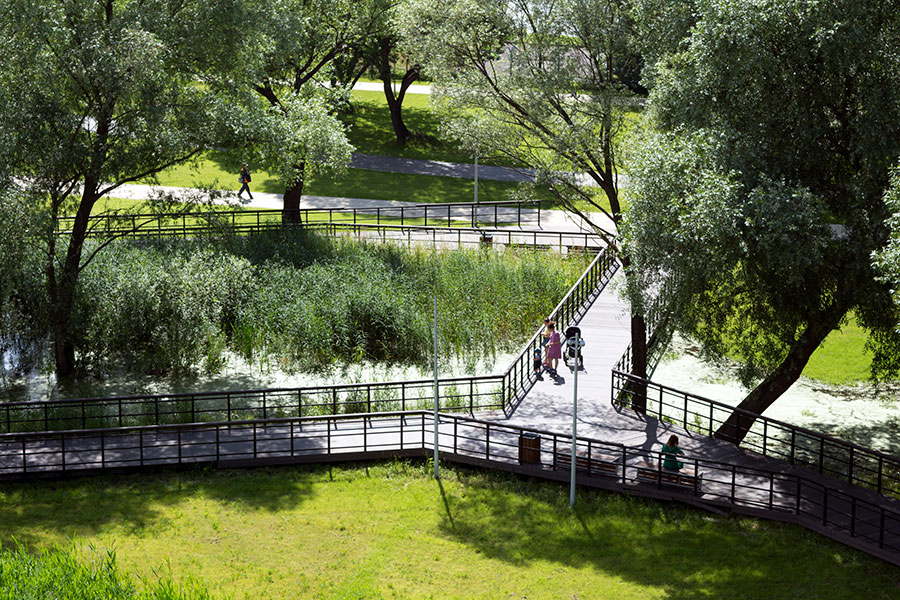 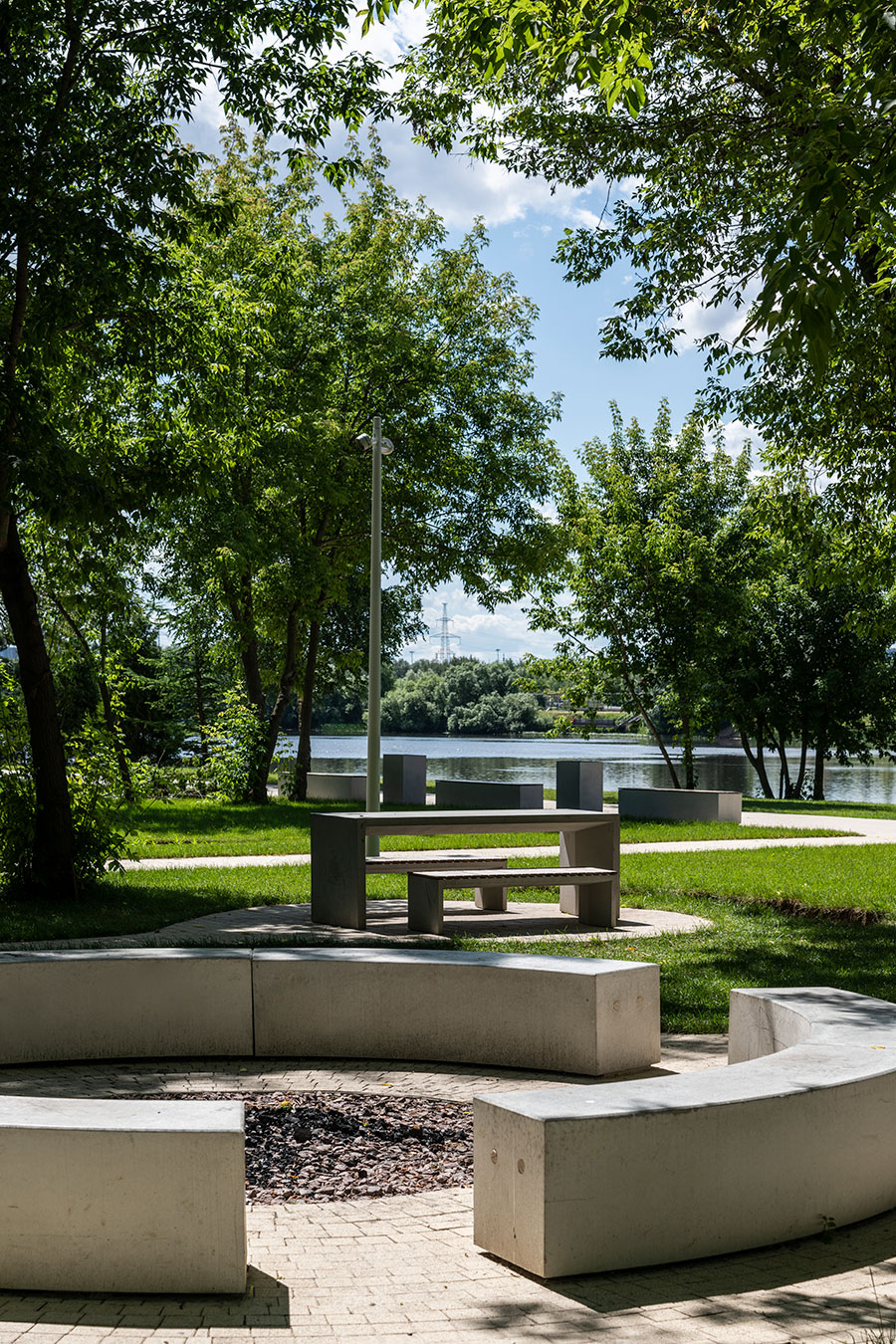