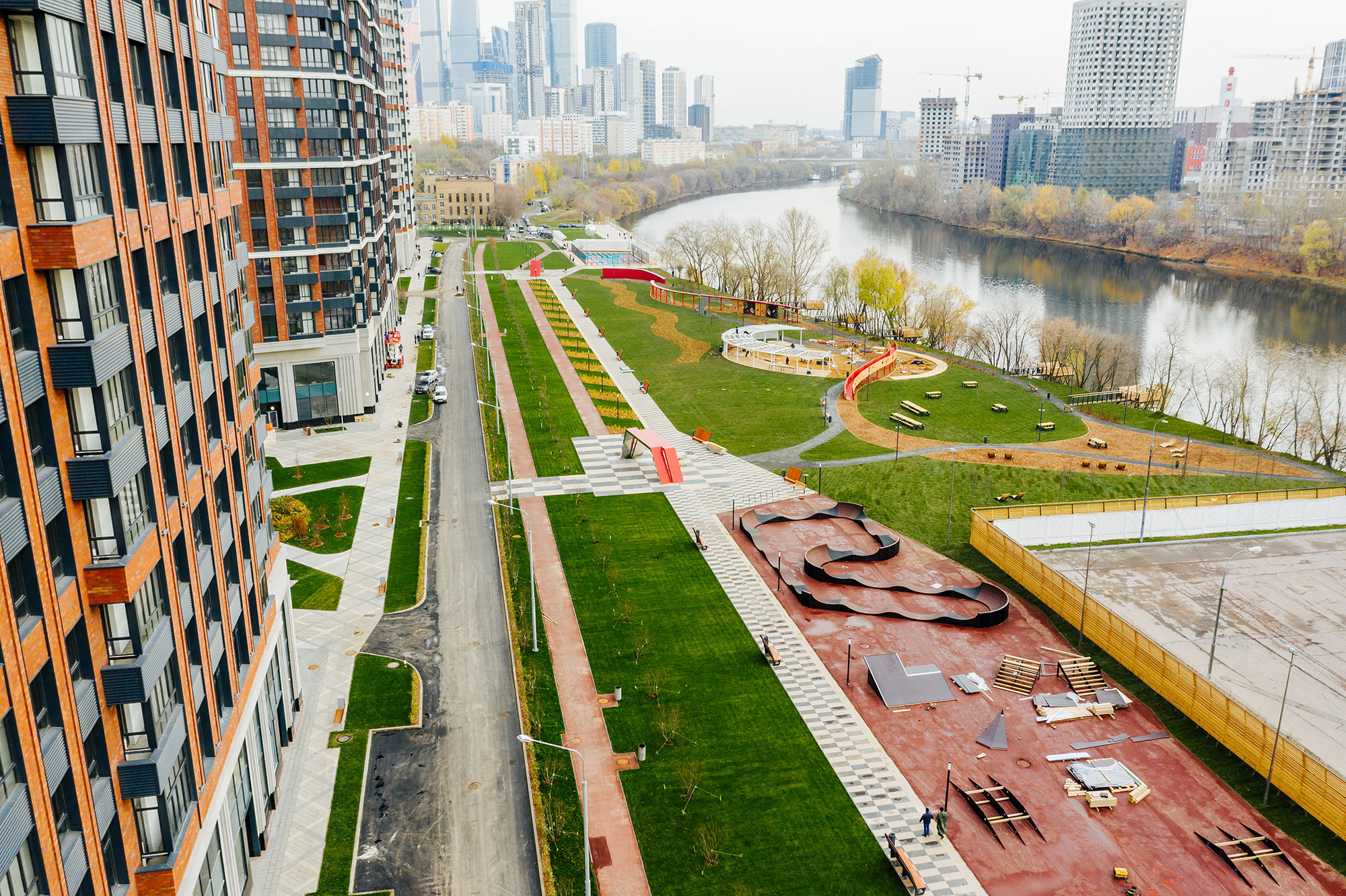 There is a new public space on the banks of the Moskva River, meaning a place for jogging, walking and relaxing. The new embankment aligns with the general development concept and will become part of a system of improved pedestrian embankments on the Moskva River in the future.

To create a modern urban promenade, a new point of attraction for residents.

Create a functionally rich promenade area linked to the river with a unique identity based on a sociological study of the area's users and their needs. 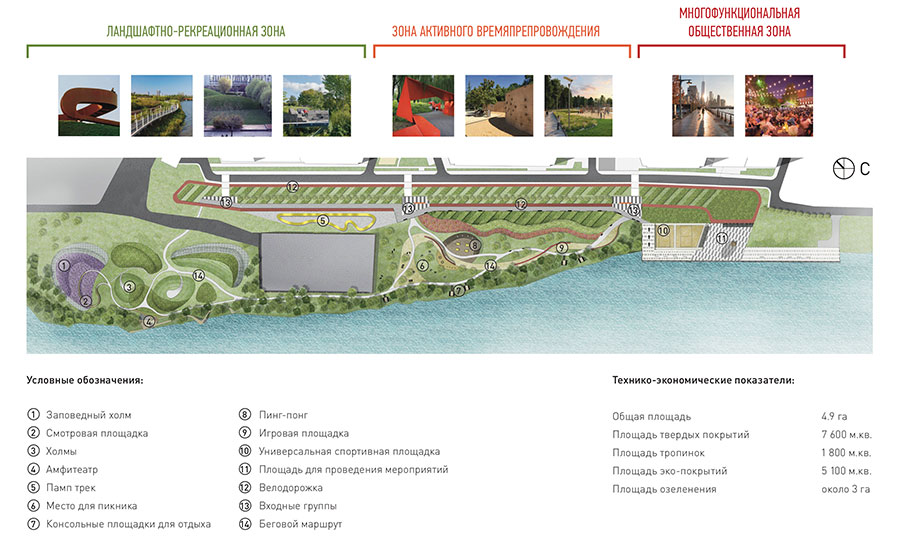 The Shelepikhinskaya Embankment was an area along the river in front of the Heart of the Capital residential complex with an abandoned pier and natural bank slopes. The design project includes an opportunity to build a planned road and preserves the established natural environment as much as possible. 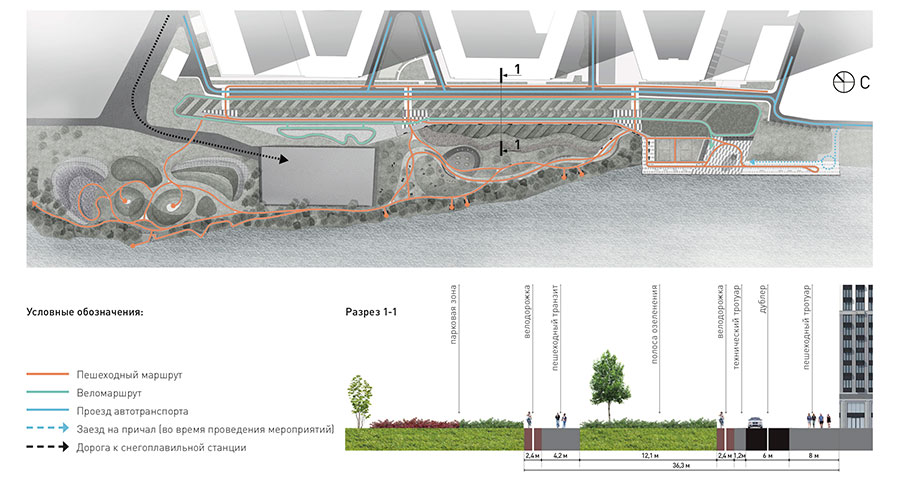 The embankment is divided into three zones: a multifunctional public zone, an activity zone and a landscape park zone, which is planned for implementation in 2019.
A public area with a central square, a multifunctional sports area and a boardwalk along the water is located on the existing pier. There is a unique urban sculpture by artist Leonid Tishkov titled Luna, and a long bar counter with chairs with a view of the water.
The multifunctional sports ground has seating for fans. 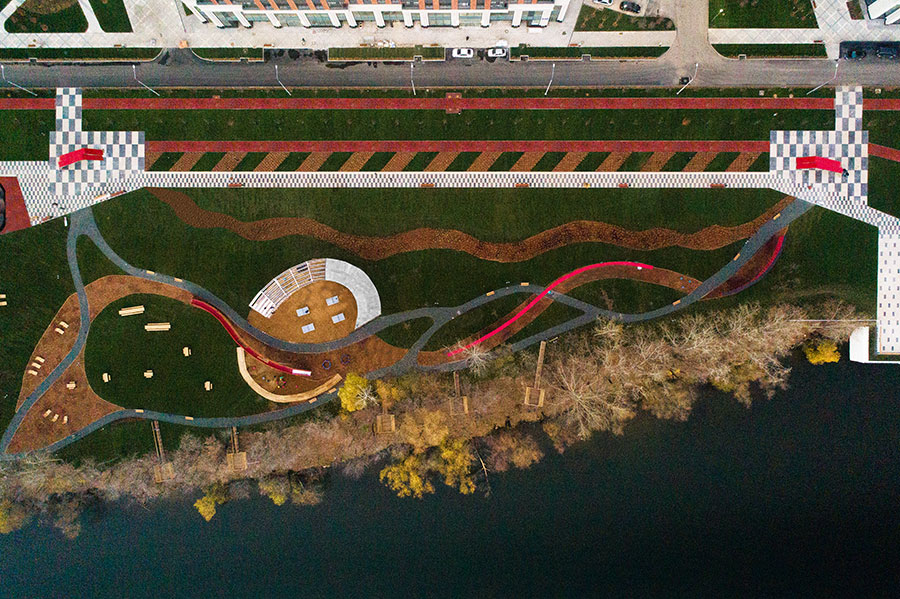 The area between the pier and the snow-melting station is used as an active walking area, with a network of scenic paths lined with playgrounds and picnic areas. Balconies project over the water with seating areas away from the main routes. The snow-smelting station is surrounded by a decorative fence, in front of which is a small skate park where teenagers can spend time.
A landscaped park area with hills, secluded recreational areas and a wooden amphitheatre down to the river will be realised in 2019. 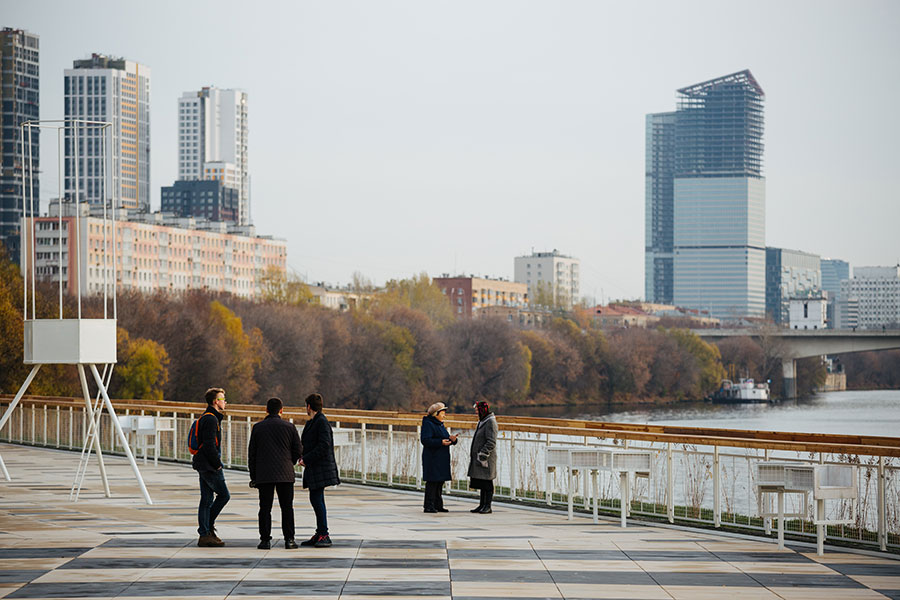 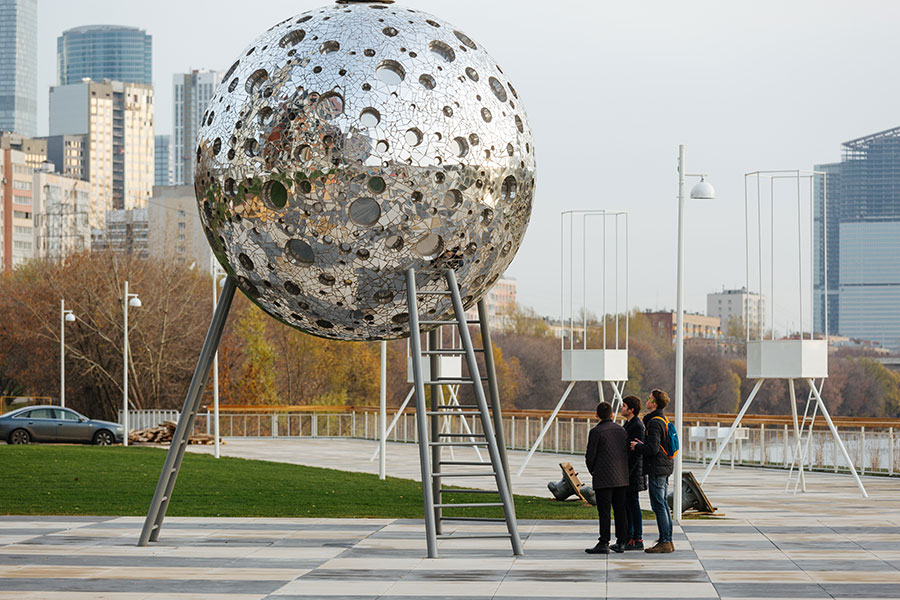 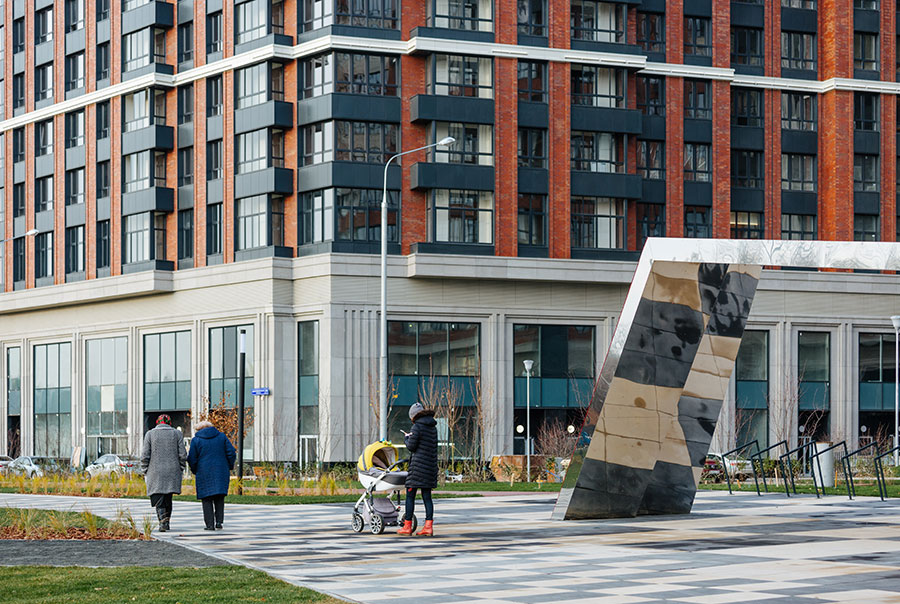 A circular bicycle lane with a special surface suitable for running finds itself along Shelepikhinsky Lane. 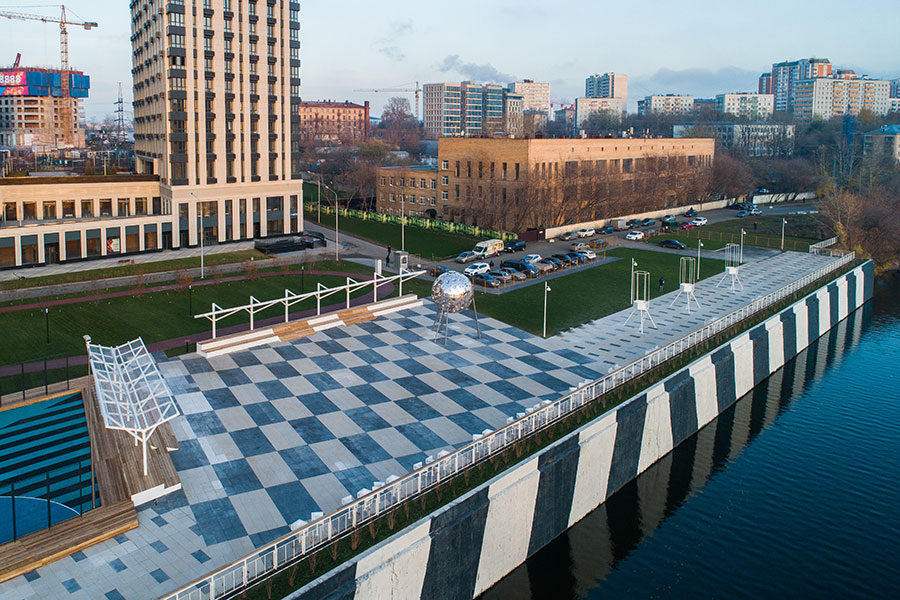 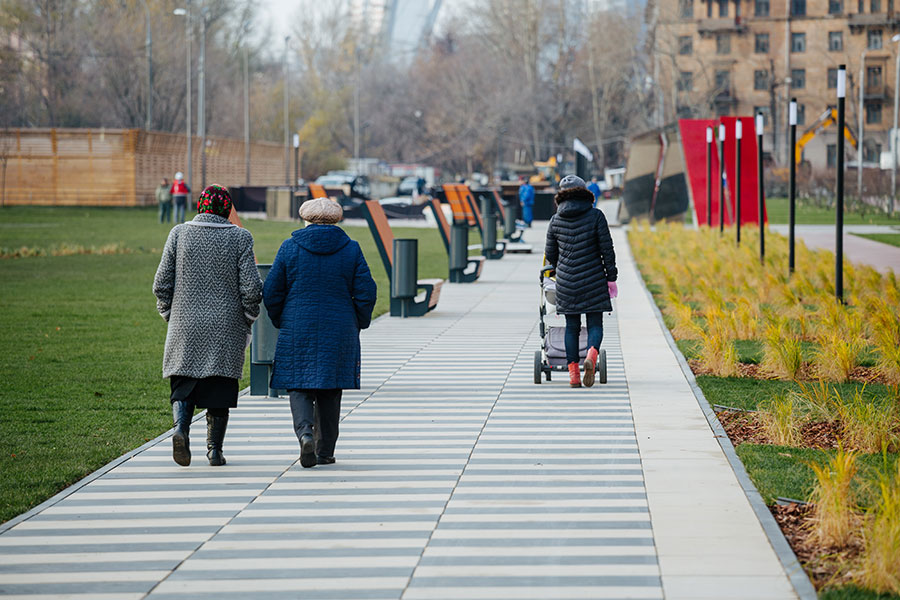 A transit path paved with contrasting black and white tiles connects all areas of the promenade into a single route. Spectacular entrances are presented at the intersection of the main pedestrian streams in the residential area. 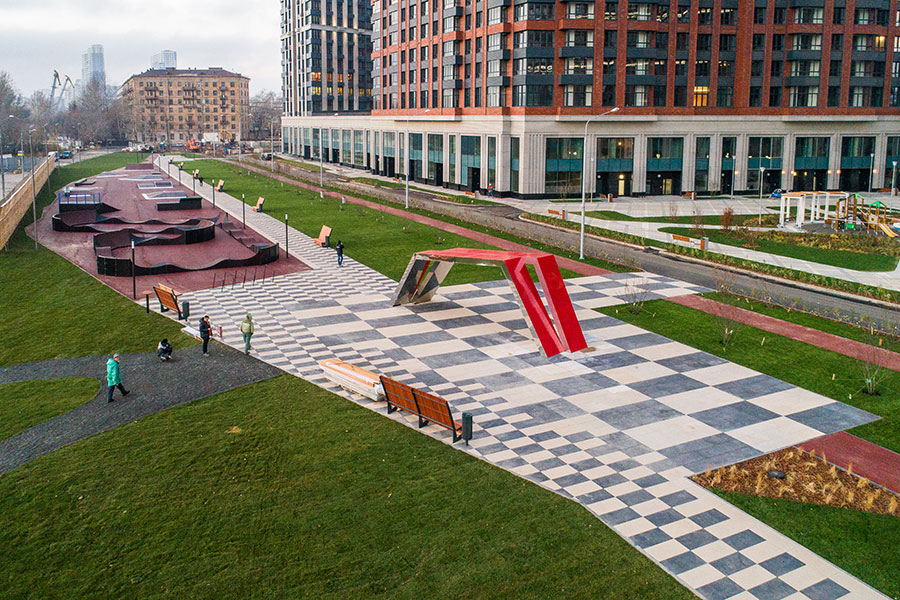 The landscaping concept involves planting native to riverside areas and maximising the support and preservation of the natural landscape.
The lighting concept aims to create comfort and a sense of security in the evening, further zoning the area, and to emphasise the compositional and spatial architectural features.
The opening of the promenade has boosted sales in the Heart of the Capital residential complex, and people are already taking photos, jogging and taking walks with children on the promenade. 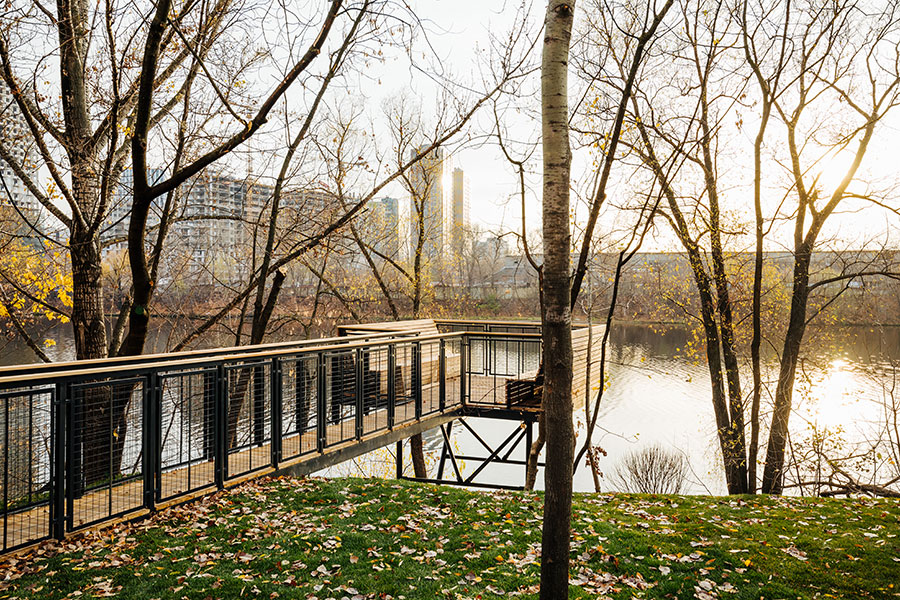 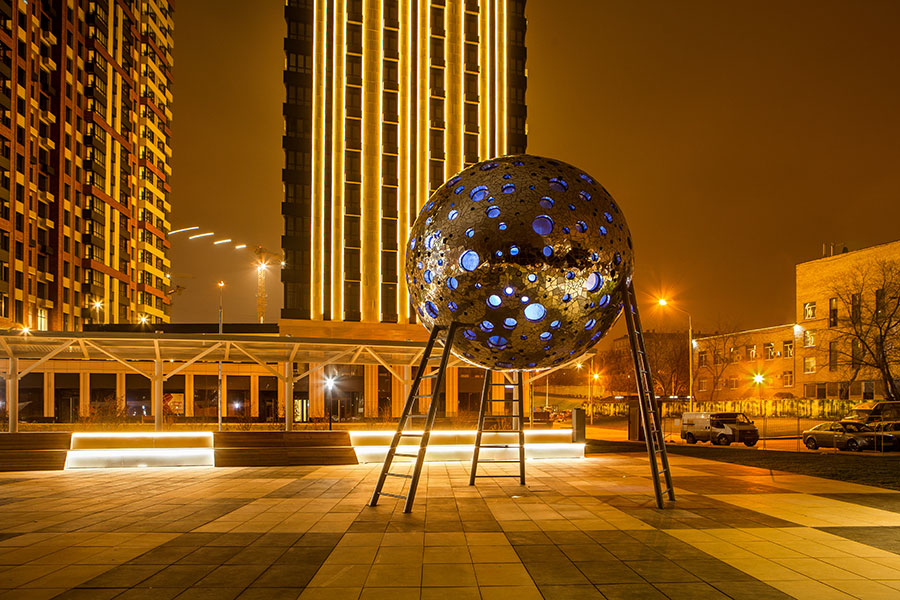 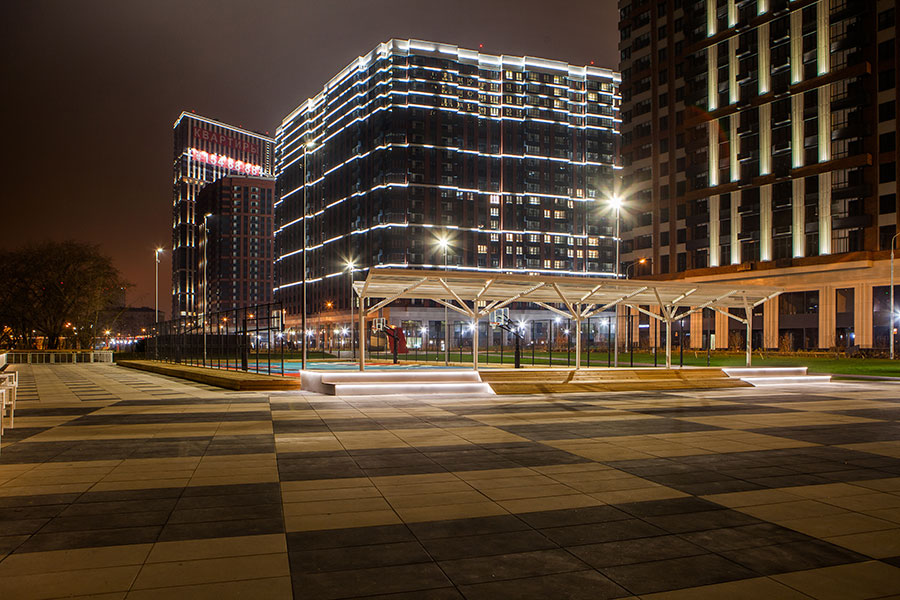